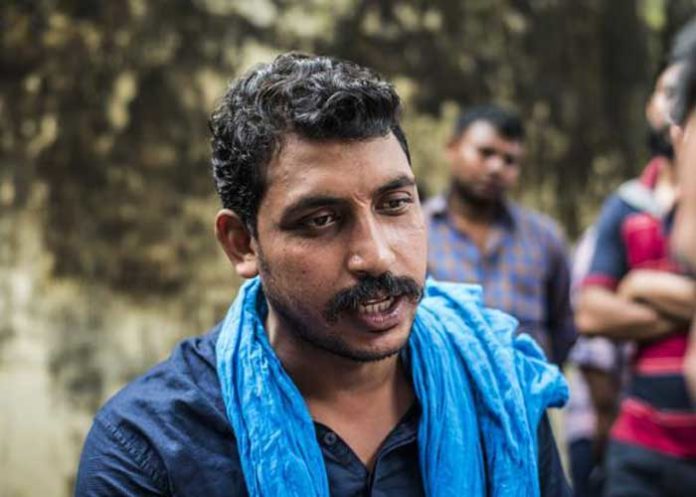 New Delhi, Aug 22, 2019-
Over 50 protesters, including the Bhim Army chief Chandrashekhar Azad, were detained by the Delhi Police after a Dalit protest over demolition of Guru Ravidas temple turned violent in south Delhi’s Tughlakabad area on Wednesday.

The Delhi Police resorted to mild lathicharge and used tear gas to disperse the violent agitators after they set ablaze couple of two-wheelers and attacked a police vehicle. They also pelted stones. The protesters allegedly also damaged cars.

According to a senior police official, Azad was taken to the Kalkaji police station in southeast district in night and is being questioned. The police may lodge an FIR against for rioting and unlawful activities.

The temple was demolished by the Delhi Development Authority on August 10 on the orders of the Supreme Court.

The protesters from Punjab, Rajasthan, Haryana, UP and other states were demanding rebuilding of the temple by the Central government or handing over of the plot to the community and rebuild the temple. (Agency)