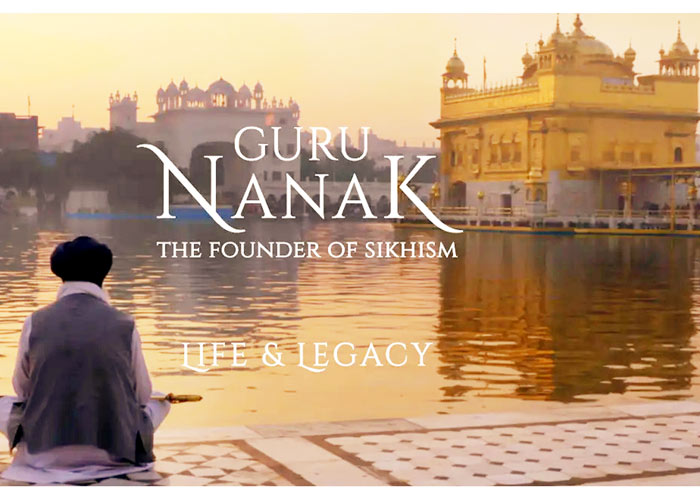 Guru Nanak documentary received two major awards at the Garden State Film Festival. The first ever documentary made on the founder of Sikhism was awarded as the ‘Best International Documentary’ and it was also given the ‘Best Cinematography Award’.

Over 240 films were featured at the 2020 Garden State Film Festival which brings over 25,000 attendees annually in the city of Asbury in New Jersey and each year it presents world premieres, high-profile films, industry panels, and celebrity guests.

This year, it had 50 world premieres, 80 New Jersey premieres, two dozen East Coast premieres and 15 United States premieres. This festival had to be presented virtually via digital streaming due to Coronavirus.

Film directors Jerry Krell and Adam Krell of Auteur Productions spent 10 months to produce the film on Guru Nanak coinciding the 550th birth-anniversary of the Guru. The film was shot in India, Pakistan and various parts of United States.

Besides narrating the Guru’s history and key points of his teachings, the documentary features such prominent Sikh luminaries ranging from Grammy nominee Snatam Kaur, to the first Sikh mayor in the US, Mayor Ravi Bhalla of Hoboken New Jersey, to show how his positive legacy continues.

He added “Guru Nanak’s philosophy and his life story certainly impacts people who watch this documentary. The awards this film is getting speaks volume about the relevance of his teachings in today’s world. I urge to the Sikh community worldwide to use this film to reach to the wider audience all over the world.”

Dr. Rajwant Singh, Co-Founder and Senior advisor National Sikh Campaign (NSC), said “Although Guru Nanak founded the fifth-largest religion in the world, Americans and the western world know little about him. We are very pleased that his message and this film is being received very positively all over America and the world.

Amritpal Singh, chair of the NSC, said, “This film has to reach out to the non-Sikh audience and it can create lot of positive awareness about Sikhs.” NSC had supported this documentary and PBS channel has been showing this documentary at TV stations all across United States.

Considered a revolutionary activist, the guru’s ideas were well ahead of his time. Nanak espoused equality for all, gender empowerment, service to others and devotion to the environment. More information on the film can be obtained at www.gurunanakfilm.com. National Sikh Campaign has launched a website www.discovergurunanak.com.