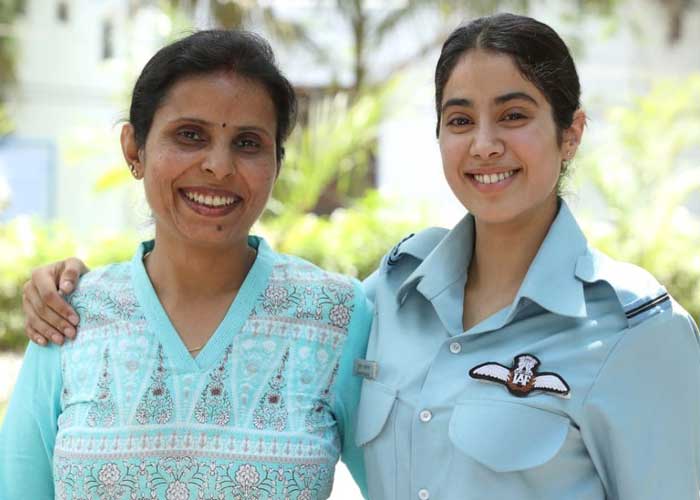 Actress Janhvi Kapoor, who will be seen essaying the role of Indian Air Force combat pilot Gunjan Saxena in “The Kargil Girl”, says the latter has taught her the true meaning of bravery.

Gunjan, who was the first woman to fly the combat aviator into a war zone during the Kargil War of 1999, turned a year older on Saturday.

Wishing the pilot on her birthday, Janhvi took to Instagram and wrote: ” Happy Birthday Gunjan mam! Thank you for teaching me the true meaning of bravery, the importance of working hard and sincerely and for paving the way for millions of women in our country.

“You’re an inspiration and a hero, without ever having tried to be. Your story has helped me believe in myself, and hopefully will help others too.”

Along with the post, she posted a photograph in which she can be seen posing and sharing smiles with Gunjan.