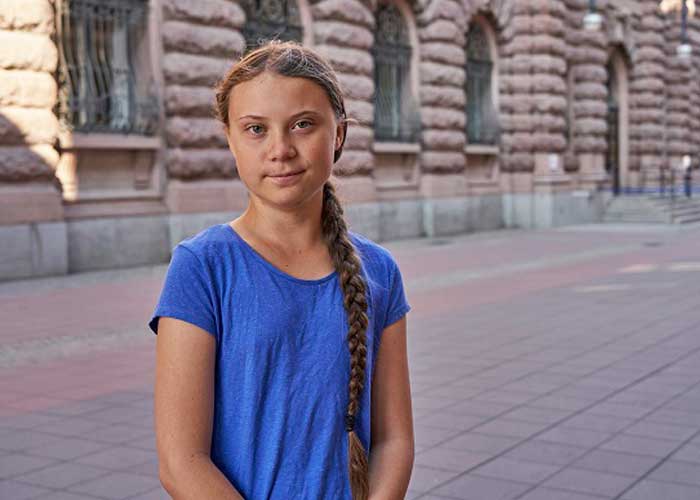 In what was the 40th annual announcement, Ole von Uexkï¿½ll, the nephew of the founder, said that Thunburg was chosen for “inspiring and amplifying political demands for climate action”.

“Thunberg is the powerful voice of a young generation that will have to bear the consequences of today’s political failure to stop climate change.

“Her resolve to not put up with the looming climate disaster has inspired millions of people to also raise their voices and demand immediate climate action.”

Thunberg, 16, began her climate strikes just over a year ago and soon gained media attention when she decided to skip school every Friday to protest outside the Swedish parliament building, which came to be known as ‘Fridays for Future’.

Von Uexkï¿½ll described her as “one of the most effective civil society leaders of our time”.

Guo was selected for being “one of the most distinguished lawyers in the field of women’s rights in China.”

She has assisted thousands of women in getting access to justice, von Uexkï¿½ll said.

Also recognized for her tireless activism was Haidar, who campaigns for self-determination in Western Sahara, a territory that has been annexed by Morocco since Spain, the former colonial power, withdrew in 1975.

She was chosen for “her steadfast non-violent action despite imprisonment and torture in pursuit of justice and self-determination for the people of Western Sahara”.

The activist’s work has earned her the nickname of ‘Sahrawi Gandhi’.

Another campaigner for marginalized people, Davi Kopenawa Yanomami, who belongs to the Yanomami people in the Amazon, was granted the award jointly with the Hutukara Yanomami Association he co-founded, which fights to preserve the rainforest and boost indigenous rights.

“The Amazon is one of the last frontiers of the global scramble for natural resources.

“Although small in numbers and politically marginalized, the Yanomami are successfully resisting the ruthless exploitation of their lands and protecting our common planetary heritage,” von Uexkï¿½ll said.

Each winner will be awarded 1 million Swedish kronor ($103,110). The official presentation is set to take place in early December