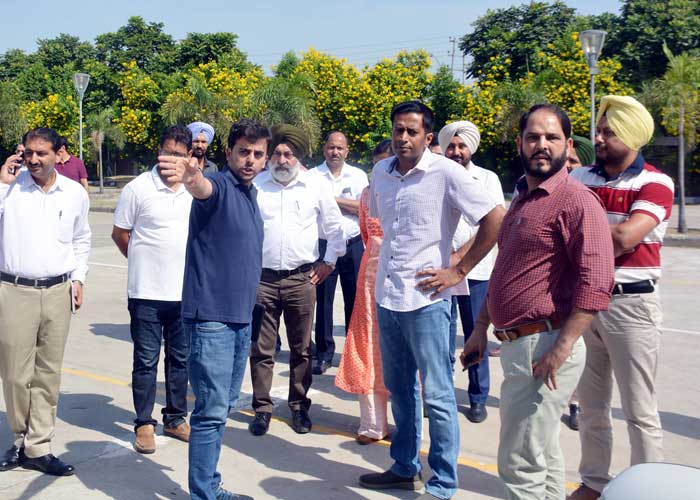 Presiding over a review meeting on the event spot, the deputy commissioner exhorted the officials of the district administration to ensure grand success of the event and make all necessary arrangements well in advance.

Divulging the details of this grand event, the Deputy Commissioner said that celebrating the spiritual fervor of the 550th Prakash Purb, the digital museum and the Light & Sound Show will be held on the first day.

The Deputy Commissioner instructed the officials of various departments to ensure the necessary arrangements for the event. He said that no laxity and negligence will be tolerated. “As these shows would be organized all over the state starting from Mohali, thus no stone should be left to un-turn for the success of the event, he categorically added.

He appealed to the people to whole-heartedly participate in this event, which is being organized to mark the 550th Parkash Purb of Guru Sahib. He said that entry for the event is quiet free and all the arrangements have been taken place for the convenience of the visitors.

He also exhorted the officials to aware more and more public especially villagers about the show, so that they would not be deprived of this special spiritual program.