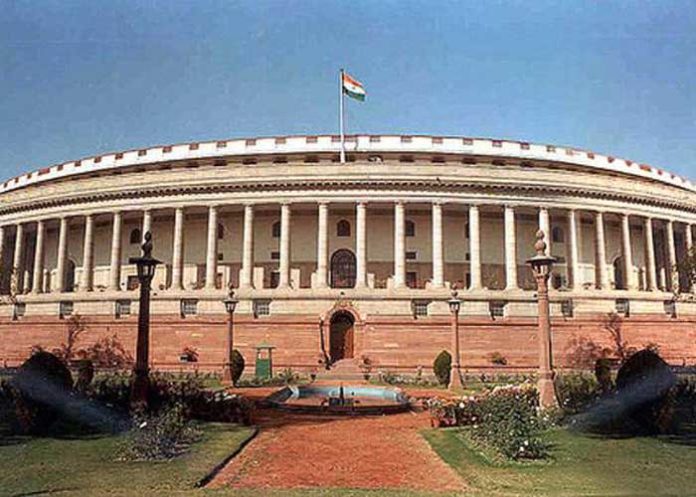 The government on Monday introduced eight Bills in the Lok Sabha within an hour.

Soon after Question Hour ended, Speaker Om Birla allowed the government to introduce the Bills that were listed for legislative business.

The DNA Bill, introduced by Union Minister Harsh Vardhan, is aimed at providing the regulation of use and application of DNA technology for the purposes of establishing the identity of certain categories of persons including victims, offenders, suspects, undertrials, missing persons and unknown deceased persons and for matters connected to them.

The Bill was passed by Lok Sabha on January 8 but could not be passed in Rajya Sabha and lapsed.

Union Minister Ram Vilas Paswan introduced The Consumer Protection Bill, 2019 to provide for protection of the interests of consumers and for the said purpose, to establish authorities for timely and effective administration and settlement of consumers’ disputes and for matters connected therewith or incidental thereto.

The Congress vehemently opposed the government’s move to end the automatic nomination of the Congress President to the Jallianwala Bagh National Bagh Memorial Trust, calling it an “arbitrary act”.

Introducing the Bill, Patel said it was passed by the 16th Lok Sabha but could not be passed in the Rajya Sabha where the government lacked majority.

Besides removing the Congress President as a trustee, it also says that when there is no Leader of Opposition in the Lok Sabha, then the leader of the single largest opposition party in the Lok Sabha will be the trustee. The Bill also allows the Central government to terminate the term of a nominated trustee before the expiry of his term without assigning any reason.

The Centre’s move comes during the centenary commemoration of the Jallianwala Bagh massacre.