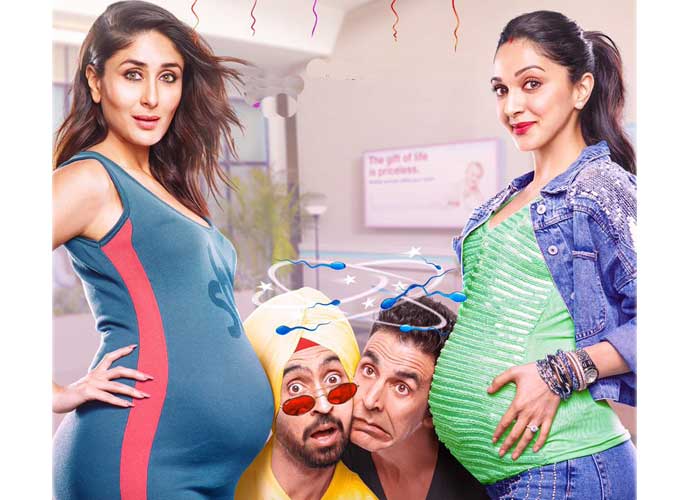 In one poster, Akshay and Diljit are seen squeezed between the baby bumps that Kareena and Kiara flaunt.

Sharing one of the posters, Akshay took to social media and wrote a hilarious caption: :”Squeezing in some #GoodNewwz for you this #Christmas season. Stay tuned, the biggest goof-up of the year is coming your way.”

Akshay also shared that “goof-ups are bound to multiply” with the movie.

Kareena is dressed in a blue bodycon dress and Kiara has paired a blue denim jacket with a green top and jeans. Kiara is also seen sporting a sindoor.

Directed by Raj Mehta, the comedy drama is scheduled to release on December 27.  (Agency)