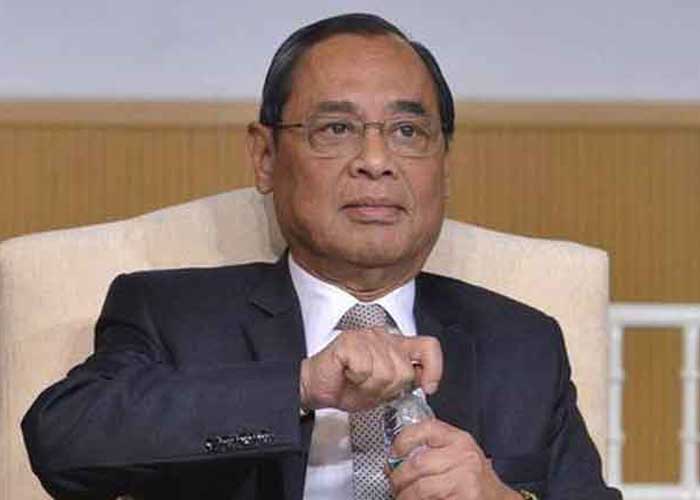 Former Chief Justice of India Ranjan Gogoi, who was on Monday nominated to the Rajya Sabha by President Ram Nath Kovind, said on Tuesday that “his presence in the Parliament would be an opportunity to underscore the viewpoint of the judiciary before the legislature and vice-versa”.

Gogoi, who retired in November last year after presiding over the Supreme Court for around 13 months, told the media in Guwahati: “Probably I would go to Delhi tomorrow (Wednesday). Let me first take oath (in the Rajya Sabha), after that I would speak in detail why I accepted this offer.”

A resident of Guwahati’s Zoo Narengi Road, Gogoi said during his brief interaction with the media at his residence: “I (have) accepted it (the offer to be a member of the Upper House) since I am confident that the legislature and the judiciary must at some point of time work together for nation-building. My presence in the Parliament would be an opportunity to underline the views of the judiciary before the lawmakers and vice- versa.”

Gogoi, who headed the five-judge bench which delivered a landmark judgement in the 70-year-old Ayodhya title dispute case before he retired from the office of the Chief Justice of India (CJI), was among the four sitting top court judges who had held a first-of-its-kind press conference in January 2018 when Dipak Misra was the CJI.

These judges, then in office, had alleged “selective assignment of cases to preferred judges” and “sensitive cases were being allotted to junior judges” by Justice Dipak Misra.

Leaders of the Congress and the Communist Party of India-Marxist (CPI-M) separately reacted to the nomination of Gogoi as a Rajya Sabha member. Citing news reports, Congress spokesperson Randeep Singh Surjewala questioned the government’s move, saying, “Justice Lokur rightly summarises it… ‘Has the last bastion fallen’?”

“The recent development taking place involving the highest judiciary and the senior judicial officials is very unfortunate. We have to wait for a certain period of time to see when he (Gogoi) becomes a (Central) minister. The people of India are now expressing their doubts over the judgements passed by the courts. His ((Gogoi’s) acts were condemned across the nation,” CPI-M politburo member and former Tripura Chief Minister Manik sarkar said in Agartala on Tuesday.