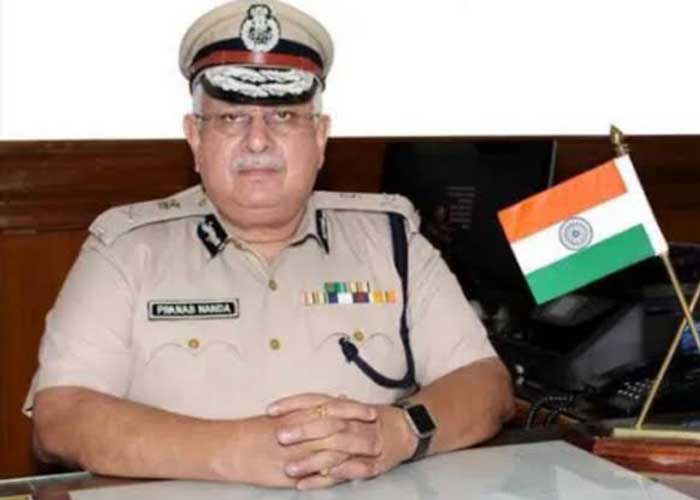 Pranab Nanda, one of country’s most decorated police officers, who spent two decades in building India’s intelligence set-up and enhancing its capability to meet the new emerging challenges, passed away on Friday night.

A dynamic personality, not confined merely as policing, Nanda expanded his creative horizon as a singer, astrologer and above all the finest intelligence operative.

Nanda, a 1988-batch IPS officer of Arunachal Pradesh, Mizoram and other Union Territories (AGMUT) cadre, was serving as Director General of Police (DGP) of Goa after his long stint in Intelligence Bureau. He was in Delhi on an official visit where he suffered cardiac arrest.

Jaspal Singh, Inspector General (IG) of Police of Goa said, “The officer was on an official visit to the national capital when the incident happened. It is too shocking.”

Nanda had taken charge as Goa Director General of Police in March. His wife Sundari Nanda, is currently serving in Delhi Police.

“It is too shocking,” Singh said, commenting on the DGP’s sudden demise.

IPS officer Pankaj Kumar Singh, Nanda’s junior in Goa, tweeted: “Whenever you meet an officer you also get to see him as a person. We were fortunate to have Sir as our chief who would always support us whatever may be the situation. A fine officer and a thorough gentleman!”

The officer was in Delhi to attend two crucial meetings at Ministry of Home Affairs (MHA).

“He was a forward-looking, extremely diligent and hardworking. He was always approachable. He used to personally take pain in helping distressed people. He was a welfare-oriented person,” said one of his batch-mates.

Very thorough professional, Nanda always had a different approach towards policing. He was always careful about everything needs to be done and never got bothered down. “He was happy going person. Very jovial,” said one of his juniors.

After serving as DCP with Delhi Police in 2001, he went for deputation in Intelligence Bureau and served there for almost 20 years. He was made DGP of Goa this year. “During his stint in Intelligence Bureau, he received many accolades for his resolving contentious issues in North East region when insurgency was at its peak,” said his colleague.

He was instrumental in bringing rebels on board in north east and carried out numerous covert operations in Assam, Arunachal Pradesh, Meghalaya and Mizoram, forcing the banned armed group to sign peace accord.

He also served the Embassy of India, Kabul in Afghanistan. He was tasked to place adequate security apparatus for the Indians, who were helping in implementation of infrastructural projects by the Indian government in the country. When a suicide bomber blew himself up near a German Embassy vehicle in Kabul on November 30, 2008, he revamped the entire security apparatus set up for Indian nationals, working in Afghanistan.  (Agency)