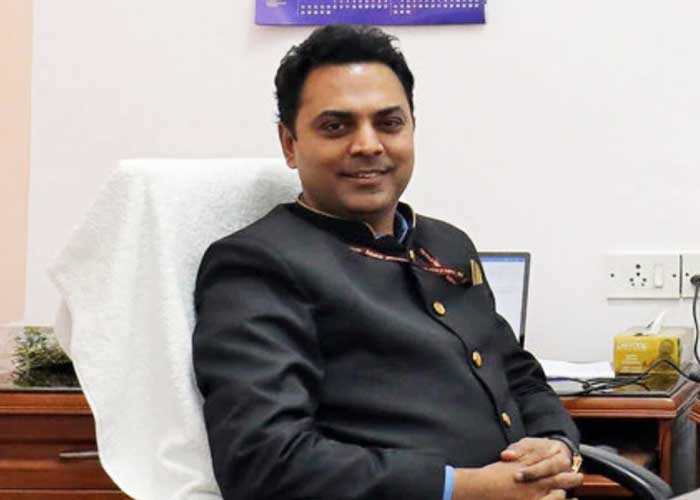 Chief Economic Advisor Krishnamurthy Subramanian on Friday said there is “some slowdown” in GDP as global headwinds and trade wars are contributing to the slackness, expressing hope of investment to pick up in the coming quarters.

“Investment drives our economy while consumption is a force multiplier. We Expect investment to pick up in the coming quarters”, he said.

Commenting on the state of economy after the dismal GDP numbers for the Q1, he said the slowdown is high as global headwinds and trade war have contributed to it.

India’s GDP growth slowed to 5% in April-June 2019. The biggest cause was the manufacturing sector, which saw a tepid growth of 0.6 per cent.

Subramanian said government is taking proactive steps to reach $5 trillion economy and it is committed to retaining fiscal path. The economy needs an average growth rate of 8% to reach the 5 trillion dollar economy, he added.

The CEA said efforts are being made to speed up on capital expenditure announced in the Budget and also towards the transmission of rate cuts.

On GDP, he said significant uptrend was seen in the power sector. The sector has posted a growth of 8.6% in Q1. The CEA said it points towards recovery and the government is taking all steps to help growth both in short and medium term.

The slump in GDP expansion is in line with industrial production growing at 3.6% in the first quarter compared with 5.1% a year earlier. High-frequency indicators such as automobile sales, rail freight, domestic air traffic and imports (non-oil, non-gold, non-silver and non-precious and semi-precious stones) indicate a tough slowdown in consumption, especially private consumption, even with low inflation.

India’s passenger vehicle industry suffered its worst performance in 19 years in July with a 31% drop in sales and the ninth consecutive month of declining sales, underscoring a sharp decline in demand mostly due to NBFC credit crunch.

Although the RBI has cut the key lending rate four times in succession by a total of 110 basis points, this has not translated into growth. Last week government had announced a slew of measures to check falling growth and next week some more announcements are expected relating to the housing sector.  (Agency)