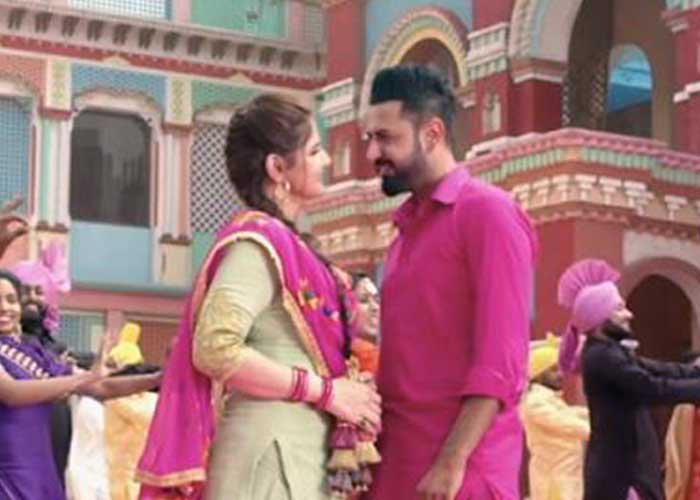 Gulshan Kumar & T- Series, in association with Humble Motion Pictures is all set to release their upcoming Punjabi film ‘Daaka’. On Tuesday, the makers of the film released the first track of the film ‘Phulkari’.

The lead actor of the film, Gippy Grewal has sung the song; the lyrics are penned by Gautam G Sharma and Gurpreet Saini. Jagdev Mann has written the original lyrics. Shah & Shah has given the music. The composition of the song is given by Payal Dev. This is a recreation of old Phulkari song reminisces the same old beats with a contemporary twist.

Singer-actor Gippy Grewal said, “Phulkari is that one song which has that kept that inauguration which made me what I am today. So this song is very close to my heart. Singing that song again is a feeling of déjà vu.

However, we have tried our best to put contemporary ‘tadka’ to it. I just hope people will like it. The teaser and trailer of the film are already out and the response we are getting for that is overwhelming.”

The story and screenplay of the film is written by Gippy Grewal. Daaka is produced by Bhushan Kumar, Krishan Kumar, Gippy Grewal and Ravneet Kaur Grewal. Jatinder Shah, Aditya Dev, Jay K and Rochak Kohli are music directors of the film. Vinod Bhanushali and Vinod Aswal are the co-producers of ‘Daaka’.

This film is a full suspense thrill which will surely keep the audiences hooked to their seats and twists and turns in the tale will make it a worth watch.

The song has already been released on T-Series official YouTube channel. T-Series’ presented ‘Daaka’ will hit the theatres on 1st of November 2019.