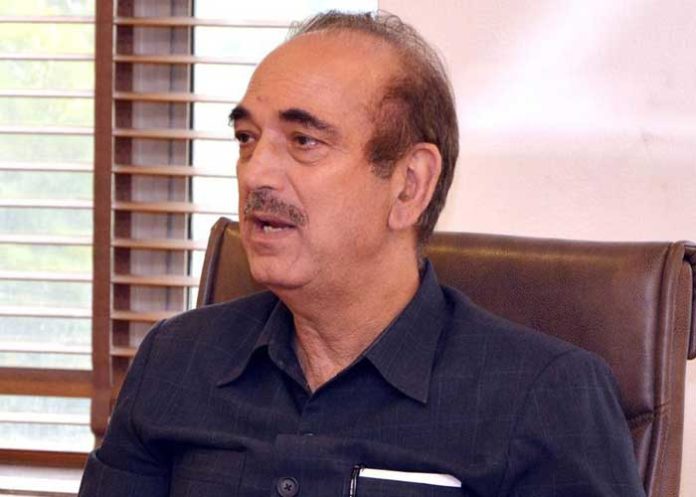 Talking to the media along with Abdullah at the latter’s residence, Azad said India was not famous for its size but democracy. But it was no democracy when three former Chief Ministers were under detention for over seven months, and the fourth had to seek the Supreme Court’s permission for a visit, he said.

On the revocation of Article 370, the Congress leader said, “Let’s first restore democracy, which can be done only after all leaders behind bars are released.”

Azad said the statehood to J&K should be restored. “In 1947, 560 princely states were clubbed to form 12 states, but J&K was the only state that didn’t need other states to merge with it.” It was a state even in the Mughal era and Maharaja Ranjit Singh’s reign, he said.

“Making such a big state onto a Union Territory is an insult to the people. I wish the leaders are released quickly and J&K is made a state again,” he said.

He said he was happy that Abdullah was released after over seven months. “We don’t know why he was detained. Generally, those people are kept under detention who have violated the law or have done something against the country and the government. But these leaders were detained even before the abrogation of article 370,” Azad said.

He said he was friends with the Abdullah for over 40 years and had come to see him on behalf of MPs who raised their voices inside as well as outside Parliament for the release of leaders and common people.

On the Apni Party, a new political party led by former Peoples Democratic Party (PDP) leader Altaf Bukhari, he said J&K could only be run by an elected government. “Agency parties can’t run J&K,” he said.

Stating that there has been no work happening in J&K for the past 3 years, Azad said, “There is lot of unemployment. Tourism, handicrafts and fruit industries have suffered. In Jammu, transport section is affected, the small-scale industries of J&K are suffering.”

The only solution “is to release all political leaders immediately and start a political process,” he said.  (Agency)