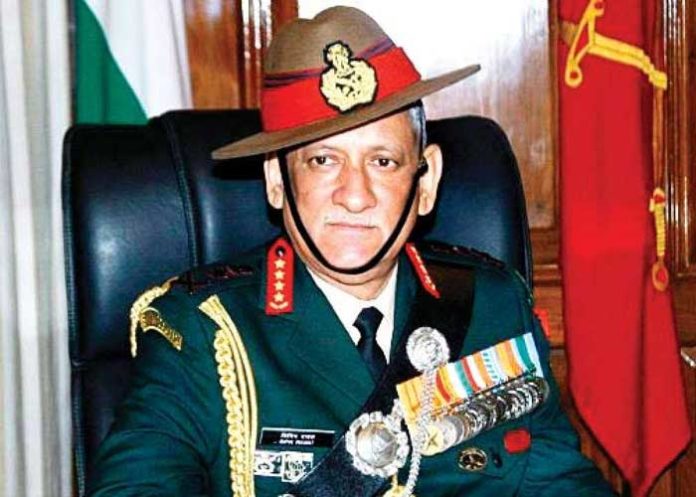 Indian Army chief General Bipin Rawat will be appointed as the new Chairman of the Chiefs of Staff Committee (CoSC) on Friday, defence sources said here on Thursday.

Rawat will take over as the CoSC Chairman from India Air Force (IAF) chief Birender Singh Dhanoa, who is set to retire on September 30.

The Chairman of the CoSC is responsible for inter-services synergy between the Army, the Air Force and the Navy. The senior-most chief from amongst all the three services of the defence forces is selected as the Chairman of CoSC.

Rawat’s predecessor, Air Chief Marshal Dhanoa, had been appointed as the Chairman of the CoSC on June 1, 2019. Dhanoa has flying experience across the entire spectrum of fighter aircraft, from the Jaguar to the state-of-the-art MiG-29 and Sukhoi-30 MKi.

Rawat, an alumnus of the National Defence Academy (NDA), had been commissioned into the 11 Gorkha Rifles of the Army. He has vast experience in operations across a wide spectrum of conflict and terrain profiles.

The post of Chairman of CoSC assumes the position of Primus Inter Pares, or first among equals, amongst all the three service chiefs. The Chairman of CoSC is assisted by the Integrated Defence Staff, which is an agency that coordinates amongst various branches of the Indian armed forces.

Prime Minister Narendra Modi had announced in his Independence Day speech from the ramparts of Red Fort on August 15 this year that there will be a Chief of Defence Staff (CDS) for the country. The Defence Ministry is at present working out various modalities and protocols that will be instituted into the office of the CDS.

As per sources, if the office of the CDS takes shape before the end of this year, Rawat might be the last person to have been appointed as the Chairman of CoSC. The post of CoSC Chairman will be abolished after the formation of the office of the CDS which will be responsible for coordinating amongst all the three armed forces.   (Agency)