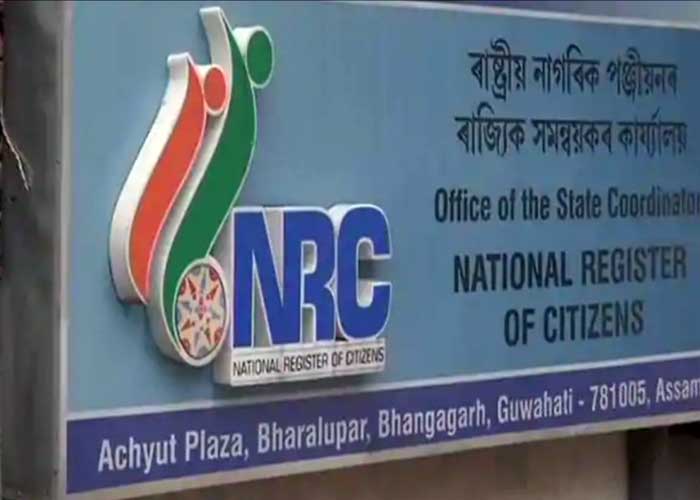 Guwahati, Oct 29, 2020-
The Gauhati High Court has asked the NRC state coordinator to file a comprehensive affidavit within three weeks detailing how a section of ineligible people managed to include their names in the National Register of Citizens (NRC) published on August 31 last year, a court official said on Thursday.

The official said that the division bench of the high court after hearing a writ petition recently said in an order: “Let the Assam state coordinator file a comprehensive affidavit and bring on record the situations along with necessary particulars, whereby inroads into the NRC may have been created by individuals who are undeserving and not legally entitled to be included in the NRC.”

The HC bench comprising Justices Manojit Bhuyan and Soumitra Saikia said, “An issue of great importance is noticed in the present case. It is not a solitary instance, in a number of cases we have noticed and recorded similar issues appearing.”

One Rahima Begam had filed the writ petition before the high court on August 14 against a Nalbari district Foreigners’ Tribunal order declaring her a foreigner on November 8 last year.

Meanwhile, in a move that will spell fresh anxiety and angst among the minorities in Assam, NRC state coordinator Hitesh Dev Sarma has asked the deputy commissioners of all the 33 districts of the state to delete the names of “ineligible” persons from the final NRC.

Protesting the decision, Assam’s Citizen Rights Protection Coordination Committee (CRPCC) termed it as a “conspiracy against the minorities”.

In the October 13 letter to the deputy commissioners, a copy of which is with IANS, Sarma said: “This is to inform you that as per the reports received from your end through Webform, some names of ineligible persons belonging to the categories of DF (declared foreigners), DV (doubtful voters), PFT (pending in Foreigners Tribunals) along with their descendants have found entry to the NRC.”

Sarma, a senior IAS officer, in his letter directed them to issue orders for deletion of such names from the NRC as per Clause 4 (6) of the Schedule under the Citizenship (Registration of Citizens and Issue of National Identity Cards) Rules, 2003 after “specifically ascertaining the identity of the person”.

There are provisions in the NRC rules that the authorities can verify and delete wrongful inclusions and correct wrongful exclusions at any time before the publication of the final NRC.

Assailing Sarma’s decision, CRPCC President Tapodhir Bhattacharjee said that the NRC was prepared by the Assam government officials by spending crores of rupees and under the supervision of the Supreme Court.

“The NRC coordinator’s letter to the deputy commissioners supported Assam Chief Minister Sarbananda Sonowal’s demand to cancel the NRC. The NRC was earlier prepared inhumanly harassing the minority people in the name of checking documents,” Bhattacharjee told the media.

Most of the stakeholders, NGOs and political parties, after the publication of the NRC, criticised it as a flawed document, claiming exclusion of genuine indigenous people and the inclusion of illegal immigrants.

Assam’s Parliamentary Affairs Minister Chandra Mohan Patowary recently informed the Assembly that the state government had submitted an affidavit in the Supreme Court requesting for re-verification of 20 per cent names in districts bordering Bangladesh and 10 per cent in the remaining areas of the state. (Agency)