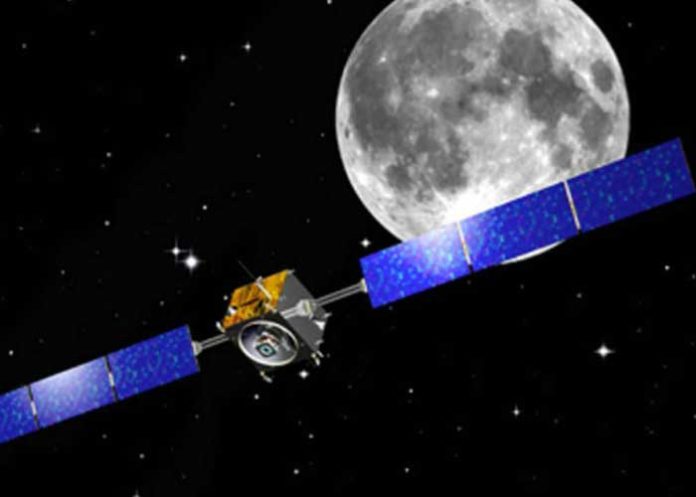 Fuel leakage during propellant filling of the transport rocket, inclement weather, designing the payloads and the spacecraft were some of the challenges provoking anxious moments for the Chandrayaan-1 mission, according to the now retired senior team members of the project.

Chandrayaan-1 was India’s first interplanetary mission that was realised in 2008.

“It was the success of the Chandrayaan-1 mission which propelled Indian Space Research Organisation (ISRO) to progress towards the Mars mission and now the second moon mission Chandrayaan-2,” said M. Annadurai under whose supervision was designed the Chandrayaan-1 spacecraft.

“The Chandrayaan-1 mission also found traces of water on the moon. This has renewed the interest of other spacefaring nations towards the moon. Now it seems the slogan is ‘Back to the moon’,” Annadurai added.

However, there were anxious moments before the launch of the Polar Satellite Launch Vehicle (PSLV) rocket carrying the Chandrayaan-1 spacecraft on a one-way ticket.

“During the second stage (engine) fuel loading operations a day prior to the launch, there was a leak. The leak was from the joint between the rocket and the ground equipment,” M.Y.S. Prasad, then Range Operations Director told.

“The leak was diagnosed at the tricky tibia joint between the propellant filling unit and the launcher,” said K. Radhakrishnan, then Director Vikram Sarabhai Space Centre (VSSC), and who later retired as ISRO Chairman, told.

The VSSC was tasked with the responsibility of building the PSLV-XL rocket for Chandrayaan-1 and also the Moon Impact Probe, Radhakrishnan said.

Recalling the fuel leak, Radhakrishnan said the ISRO team had to be fully alert against a combining of hypergolic fuel and oxidizer .

“This meant spontaneous ignition in case the two came into contact. Probable simultaneous leaks in both the fuel and oxidizer lines could have caused a catastrophic fire,” Radhakrishnan said.

According to him, rains prior to the launch was a blessing in disguise.

The fuel filling restarted but with constraints in its rate of flow and its ideal ratio of the fuel UH 25 (a mix of unsymmetrical dimethylhydrazine and hydrazine hydrate) and the oxidizer (nitrogen tetroxide), Radhakrishnan recalled.

Meanwhile the current ISRO Chairman K. Sivan, then Group Director, Guidance and Mission Simulation at VSSC, made the calculations and predicted the possible fallout and guaranteed that adequate margins existed for a successful mission.

During these tense moments, the then ISRO Chairman G. Madhavan Nair kept his cool and gave the final go ahead signal for the PSLV launch.

“On the Chandrayaan-1 launch day (October 22, 2008) there was adverse weather condition. If we miss that date than we had to wait for one more month. There were issues of fuel deterioration in the rocket if kept for a month,” Nair said.

According to him, ISRO was surprised by the moon’s high thermal radiation levels damaging the spacecraft’s star sensors resulting in the reduction of the mission life by a year.

“The multi-spectral images confirmed presence of water molecules in the moon. For the first time, India found traces of water,” Nair said.

“It was a satisfying mission. We overcame the difficulties with careful planning. As far as the country was concerned, it was a major step. We developed the Deep Space Tracking Network which is being used now,” Nair mused.

According to him, Chandrayaan-1 spacecraft also had payloads from other countries which was carried free of cost thereby strengthening international relations.

“In 2008, moon was an abandoned place by other spacefaring nations. Many questioned the need for Chandrayaan-1. We were about 40 years late. We were looking for water on the moon’s surface and sub-surface and we were successful,” Annadurai remarked.

According to him, designing the spacecraft was challenging and working with the international partners was also an experience as their work culture was different.

“One of the many challenges in building the spacecraft is to accommodate the six overseas pre-built payloads. We had to design the spacecraft accordingly – sort of writing lyrics to a tune,” Annadurai mused.

That aside, the PSLV rocket’s low carrying capacity was also a hurdle and hence the Chandrayaan-1 weight was restricted to about 1.3 ton.

“That apart, the spacecraft was not visible to the tracking officials of ISRO and the last manoeuvre was successfully done without seeing Chandrayaan-1. This experience helped us during the Mars mission,” he added.  (Agency)