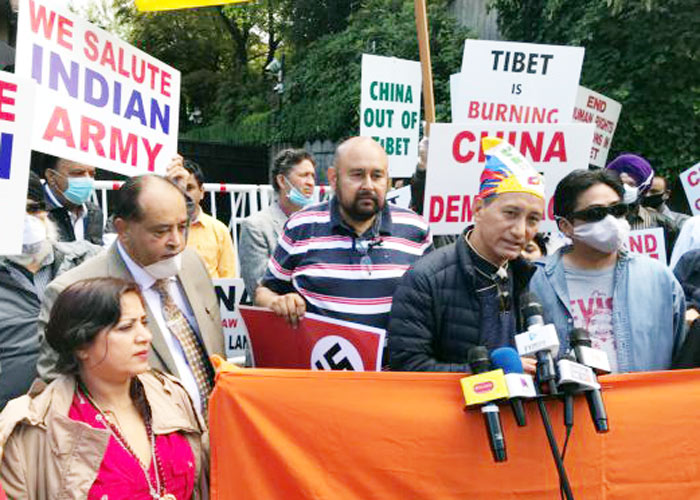 The Friends of India organization held a protest outside the Chinese Consulate in Vancouver demanding the release of detained Canadians in Beijing.

The demonstration was staged on Saturday.

China is holding two Canadians, Michael Kovrig and Michael Spavor, on national-security charges that Ottawa considers retaliation for the arrest of Huawei’s Chief Financial Officer Meng Wanzhou in Vancouver in 2018 on a US extradition warrant.

Maninder Singh Gill with the Friends of India said Spavor and Kovrig must be released immediately, reports Global News Canada.

Gill, who emigrated to Canada 42 years ago, said standing up for the men’s release was a matter of upholding Canadian values.

“So we want to send a strong message to the Chinese government, that’s why we decided to protest in front of the Chinese (consulate).”

Last month, China explicitly tied the release of the two men, who have been held for more than 550 days, to Meng’s case.

China has accused the pair of stealing state secrets.

They were formally charged in June.  (Agency)