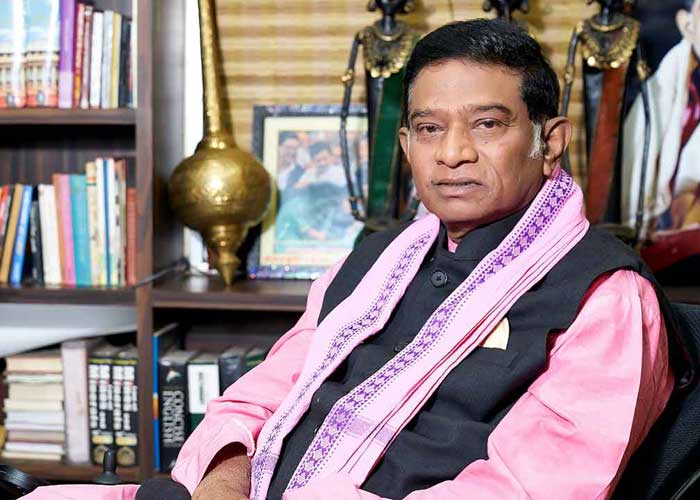 Former Chief Minister and Chhattisgarh Janata Congress founder Ajit Jogi faced more trouble on Friday when an FIR was registered against him in Bilaspur police station following a panel report refusing to recognise him as a tribal.

During the previous Bharatiya Janata Party rule, a committee of the Tribal Welfare Department was formed to ascertain his caste status. It had declined to recognise him as tribal. Ajit Jogi had filed a plea against it in the Bilaspur High Court.

But the court did not accept the panel report, saying the high-power committee was not notified. Following instructions of the High Court, the state government again formed a committee on February 21, 2018.

The committee, headed by D.D. Singh, submitted its report on August 23, in which it did not accept Ajit Jogi as a tribal and cancelled all his caste certificates. The committee decided that Ajit Jogi won’t be entitled to any benefit under the Scheduled Castes/Tribes Act.

According to sources, the former Chief Minister had recorded his statement before the committee on August 21 after which the committee delivered its decision.

The committee had directed the District Magistrate of Bilaspur to implement its orders. Following the order, Tehsildar of Collector’s office, T.R. Bhardwaj, filed a complaint in Civil Line police station on Thursday night.

“A case has been registered against Ajit Jogi under Article 10(A) of the Chhattisgarh Scheduled Castes, Scheduled Tribes and other Backward classes (Regulation of Social Status Certification) Act, 2013. The police will initiate a probe after checking the matter,” said SHO Kaleem Khan.

Ajit Jogi’s son Amit Jogi has condemned the action. Ajit Jogi has also filed a plea in the High Court against decision of the probe committee.

The High Court had ruled that the National Commission for SCs/STs has no right to decide castes, probe them and make decisions on them.

Netam had challenged the High Court’s decision in the Supreme Court.

The apex court had stayed the High Court order. The SC in its order on October 13, 2011 had said the government will sort out the matter by constituting a high-power committee.

Following the order, the government had formed a six-member committee that cancelled Ajit Jogi’s all documents on June 27, 2017 after the probe.   (Agency)