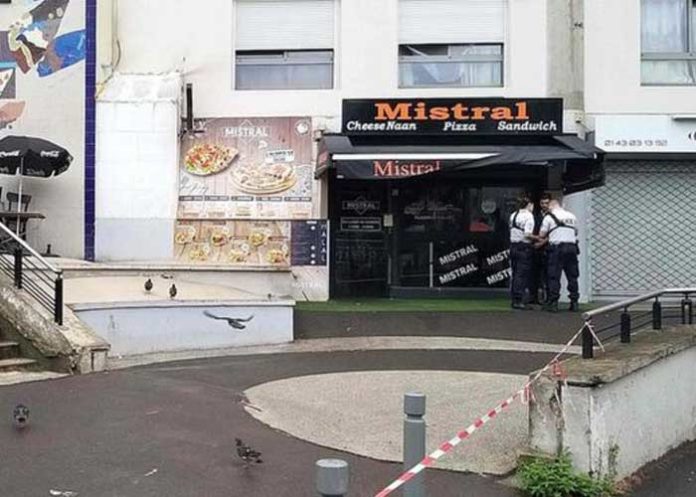 A waiter in a cafe near Paris was shot and killed by a customer irate over delay in preparing the sandwich he had ordered, reports said on Sunday.

The incident occurred in the Paris suburb of Noisy-le-Grand on Friday evening.

According to the deceased man’s colleagues at the pizza and sandwich shop, the customer shot the waiter in the shoulder after losing his temper over the time it took to deliver the meal, the BBC reported.

Though medical aid arrived soon, the waiter succumbed to his injuries on the spot.

The attacker fled the scene and is still to be apprehended.

The killing has stunned local residents and shopkeepers, though some of them complained that crime has increased in the area and more instances of drug trade and public drunkenness were being been reported.  (Agency)