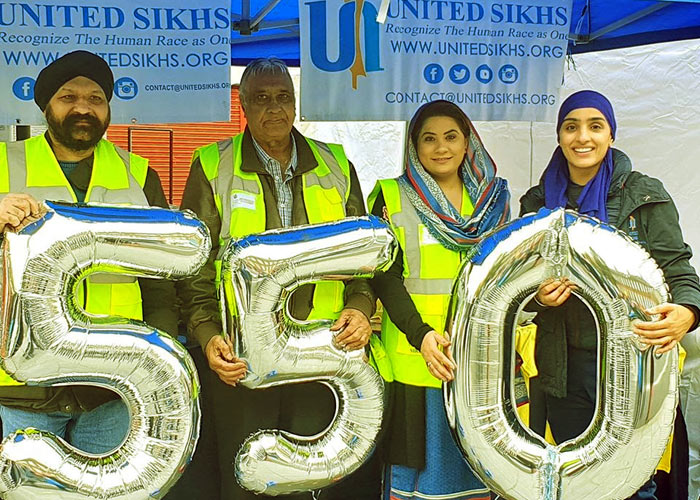 In observance of Sikh Appreciation and Awareness Month celebrated every November as designated by the state legislature, the global non-profit humanitarian organization United Sikhs is commemorating the occasion with a series of special awareness events and acts of selfless service (seva), as guided by the teachings of Guru Nanak Sahib Ji, the founder of the Sikh religion whose 550th birth anniversary is celebrated this month.

In recognition of the many contributions of Sikh Americans, the Fremont City Council and Mayor Lily Mei presented a proclamation to UNITED SIKHS Trustee Tejinder Dhami, a former adviser to President Obama, before a crowd of more than 100 local community members.

“It is an honor to receive this proclamation on the 550th birthday of Guru Nanak Sahib Ji, the founder of the Sikh religion,” said Mr. Dhami, at the ceremony. “Every November, the Sikh community looks forward to Sikh Awareness and Appreciation Month, which our dear friend and advocate Assemblyman Bob Wieckowski first introduced in 2012.

This occasion gives all Californians the opportunity to learn more about the many contributions Sikh Americans have made throughout our great state and country. From our earliest settlement in California, Sikhs have had a hand in building this state. Many of our forefathers worked on the railroads.

And today, we continue to retain a vibrant presence in our communities through avenues of selfless service, including regularly hosting langar community meal service for the homeless and those in need.”

The proclamation was bestowed by the Fremont City Council and Mayor on Nov. 5, which the community observes as the 550th Birth Anniversary of Guru Nanak Sahib Ji, founder of the Sikh religion.

“Feed our First-Responders” Program provides support to dozens of sheriffs and firefighters working 24/7.

These efforts join the existing meal distribution members of the organization provide to more than 1,000 homeless residents every weekend in Los Angeles, Santa Ana, San Francisco and other major cities across the state.

“Selfless service is a key principle of our faith,” said Meetan Kaur, United Sikhs Regional Manager. “We were honored to provide hundreds of fresh meals, clothing and household necessities to homeless shelters throughout the state.

We are also thankful to TOGO’s Sandwich Shop, for co-sponsoring this effort and contributing to hundreds of meals kits. It is our goal to help uplift the spirits and sense of well-being for the communities who have lost so much to the recent fires.”

United Sikhs members further celebrated Sikh Awareness Month with a parade float in Deputy Dhaliwal’s honor at the Yuba City Kirtan Nagar, an event that welcomes more than 100,000 Sikhs from around the world to honor the Gur Gaddee, or the inauguration day of Siri Guru Granth Sahib, as the everlasting guru. (Watch live video from the event)

United Sikhs team members decorated their Yuba City float with photos of fallen hero Deputy Sandeep Singh Dhaliwal, who was tragically killed in the line of duty in Houston, Texas.

Following his death, the organization launched The HERO Fund (Honoring Emergency Response Officers) in recognition of Deputy Dhaliwal, keeping with his vision to help first-responders who are affected in the line of duty and to continue his aspirations to uplift humanity trough disaster relief.

Deputy Dhaliwal was a 10-year veteran of Harris County Sheriff’s Office who served as Director of Homeland Security for United Sikhs. He was fatally shot while conducting a traffic stop on Sept. 27, 2019.

He proudly served Harris County, Texas, his country and the world as a public servant and humanitarian. In the wake of Hurricanes Harvey and Maria, he led teams of United Sikhs volunteers to provide disaster relief to those in need across Texas, Florida and Puerto Rico.

In Punjab, India, he led the effort to help us provide humanitarian aid for farmers working to survive a record drought. In his role as Homeland Security Director, Deputy Dhaliwal worked tirelessly on how to citizens can remain vigilant against any potential threats of hate crimes and advocate for their religious rights.

Four attacks against Sikh elders reported in California over past two years, including one murder.

To further spreading awareness this month, United Sikhs encourages all community members to practice their faith without any fear. After a string of violent attacks against Sikh elders occurred in the past two years across Modesto, Manteca, Keyes and a murder in Tracy — a case which UNITED SIKHS Legal Department continues to lead — the FBI today released data reporting a 200 percent increase in anti-Sikh hate crimes from 2017 to 2018. (Read the FBI’s full report here)

Through the International Civil and Human Rights Advocacy (ICHRA) program, UNITED SIKHS will continue to provide legal and financial aid to the family of Parmjit Singh, who was brutally murdered while on his daily walk in his local park in Tracy, California.

“From our 20-year history of monitoring hate crimes against Sikhs across the United States, it is evident that a large number of attacks continue to go unreported every day,” said Jasmit Singh, ICHRA Director. “As we continue to engage the FBI, Dept. of Justice and local authorities in our pursuit of justice, we strongly urge the community to remain vigilant and report any bias or discriminatory behavior to our legal team immediately.”

Remembering Panjab’s Famers on this Gurpurab

More than 1,280 farmers and agricultural laborers have committed suicide during the past two years in Punjab.

After record floods, it is estimated for the suicide rate among farmers to increase.

On this day, UNITED SIKHS wish you a Happy Gurpurab, as we celebrate the birth of the first Sikh guru, Guru Nanak. You can help us save lives with Project Raahat (Flood Relief). After surviving the worst flood to hit Punjab in 40 years, it is expected for this alarming pattern to increase. Farmers need our help now more than ever.

Your contribution will make an impact, whether you donate $5 or $500. Every little bit helps us reach our goal of restoring 10,000 acres of crops. Your donations will go directly towards providing fresh water, seeds and fertilizers for 3,000+ farmers, whose precious crops produce enough food to feed millions of families around the world.

For the latest updates, please follow United Sikhs on Facebook, Twitter and Instagram. All advocacy efforts are made possible due to the generous contributions of our donors and supporters. To make a tax-deductible contribution, please visit us online at https://unitedsikhs.org/donate. 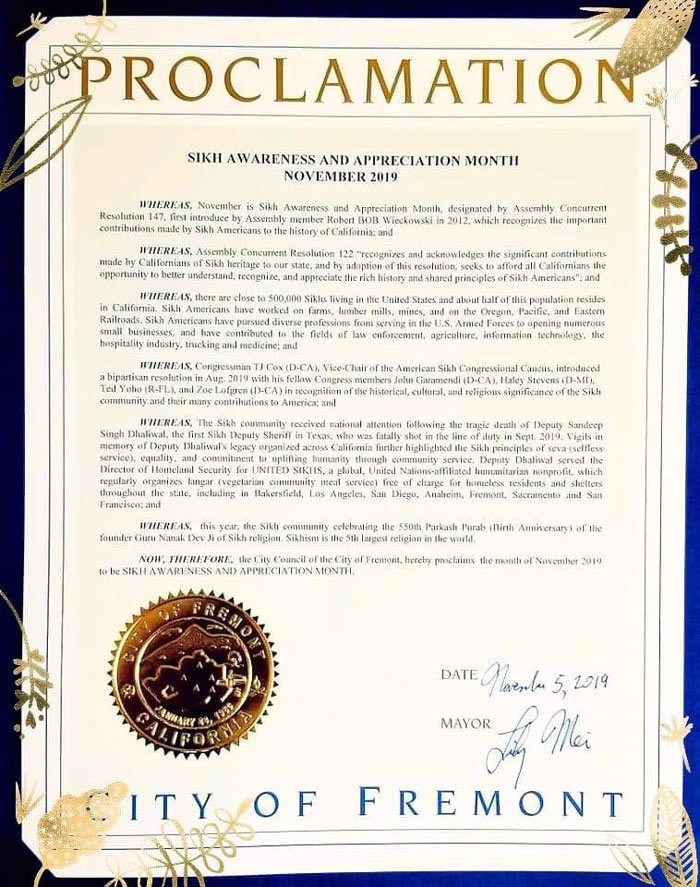