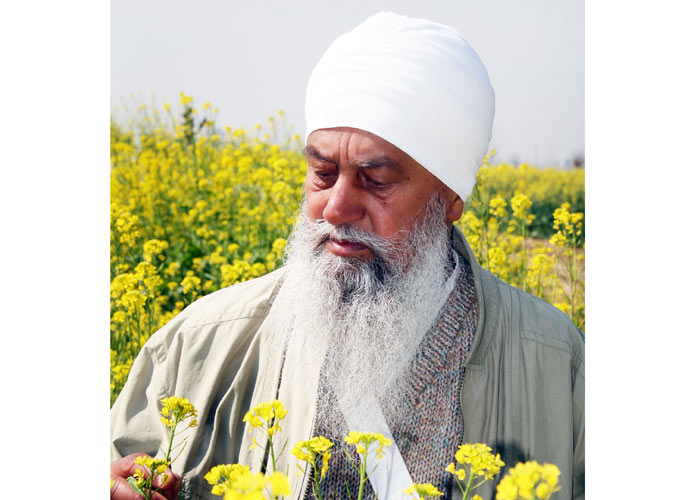 Dr Dhillon described Dr Gill an illustrious human being, a dedicated agricultural researcher and an administrator par excellence. “He was one of the pillars of PAU who served as Head, Department of Plant Breeding; Dean, College of Agriculture; Director of Extension Education; Director of Research and Vice-Chancellor of PAU.

Such persons are rare in this world,” said Dr Dhillon. “He was a great scientist as well as a teacher. Me and PAU will personally miss Dr Gill,” he stated. “A recipient of Padma Bhishan, Dr Gill is credited with catalysing the Green Revolution in Punjab with his research in Plant Breeding. He devoted his life to the service of mankind,” he added.

Dr Sidhu said, “An epitome of humility and unending dedication, Dr Gill with his stature stands tall among the Indians world over.”

Dr Gill did his Bachelors in Agriculture from Khalsa College Amritsar in 1949 and subsequently Masters in Genetics and Plant Breeding in 1952. He was one of the nuclear staff when PAU was established in 1962. He was also the first scientist to be sent abroad for research by the University.

After completing his Ph.D on linseeds from the University of California, he returned to India in 1966 to take over as a Professor and Head, Department of Genetics at PAU, at the Hissar campus. On May 25, 1968 Dr Gill was appointed as the Head, Department of Plant Breeding and became Dr MS Randhawa‘s right hand man.

Dr Gill’s prowess in building the wheat program and developing more than 30 varieties of wheat, pearl millet and other crops was an add on to Green Revolution, progressing in Punjab and India. The recommendation/release of WL 711 variety of wheat by Dr Gill in Punjab and the rest of India; and launching of semi-dwarf, high yielding varieties of wheat made Punjab the Wheat Granary of India.

As a result, Punjab today produces 21 per cent of India’s wheat and 8.5 per cent of its rice. Undoubtedly, Dr Khem Singh Gill proved to be an eminent Plant Breeder and a role model for many evolving scientists. The Farmers’ Service Centre at PAU is named after Dr Gill.

Dr Gill founded the Crop Improvement Society of India and remained its President (1974-79) and Patron till date. He was Adviser, Wheat and Triticale Research at the global level and on the Board of Trustees and Programme Committee of the CIMMYT, Mexico (1988-93), and Senior Vice-President of International Triticale Association (1988-94).

Dr Gill was also the founding trustee of The Kalgidhar Trust along with Baba Iqbal Singh. As Director of the Akal Academies, he set up the first academy at Muktsar in Punjab in 1993. This wave of setting up Academies continued over the years, and today there are 117 Akal Academies functioning in Punjab, Haryana, Rajasthan, Uttar Pradesh and Himachal Pradesh.

Dr Gill remained the Director of these Academies till date. Punjabis truly salute this sage- scientist of Punjab, whose persona is larger than life. He is survived by a daughter and two sons.

Awards and Honours: Dr Gill was the recipient of Rafi Ahmad Kidwai Memorial Prize (1976), Team Research Award by ICAR (1981), FICCI Award (1985), Appreciation Awards by the United States Department of Agriculture, Washington (1981, 1987 and 1991), Medals for Wheat Research and as a Trustee of the Board by the Mexican Government, CIMMYT, Mexico (1973 and 1993), Golden Jubilee Awards by ICAR (1991), Padma Bhushan by the Government of India (1992) and Silver Jubilee Award by the Indian Society of Oilseed Research (1993).

He was also a Fellow of Indian Society of Agricultural Sciences, Indian Society of Genetics & Plant Breeding, Genetic Association of India, Crop Improvement Society of India and the Academy of Sciences for the Developing World (TWAS) (1991).