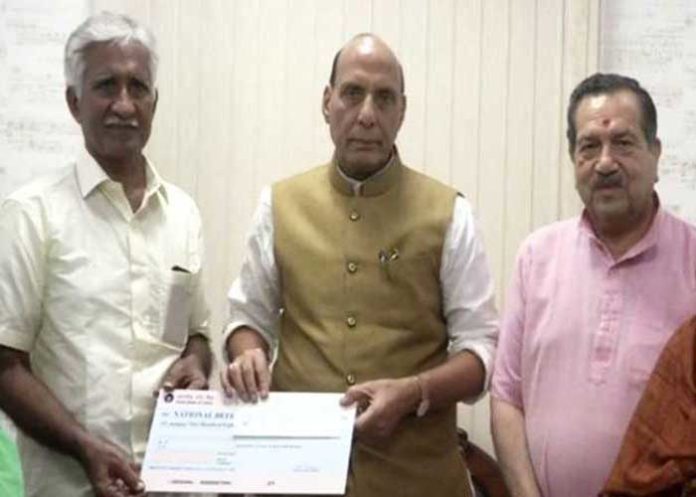 A former airman of the Indian Air Force has donated Rs 1.08 crore to the Defence Ministry here.

Retired airman C.B.R. Prasad said: “I handed over the cheque to Defence Minister Rajnath Singh on Monday. I served the IAF from 1963 to 1974. In these 11 years of my service the IAF gave me and taught me so much. It also gave me lots of exposure and I could do nothing. Now I decided to give it back and this amount was my gratitude to the force.”

He said: “I was ambitious. After taking retirement from the Air Force I decided to join the Railways but somehow it could not materialise. I then started my own poultry farm in Hyderabad and by 1983 it was the country’s biggest farm. I was never interested in money,” he added.

“I donated the amount to the Defence Ministry on Monday as I am here because of the Air Force.”

Since sports is his passion, the former airman also has a dream of starting a sports university.  (Agency)