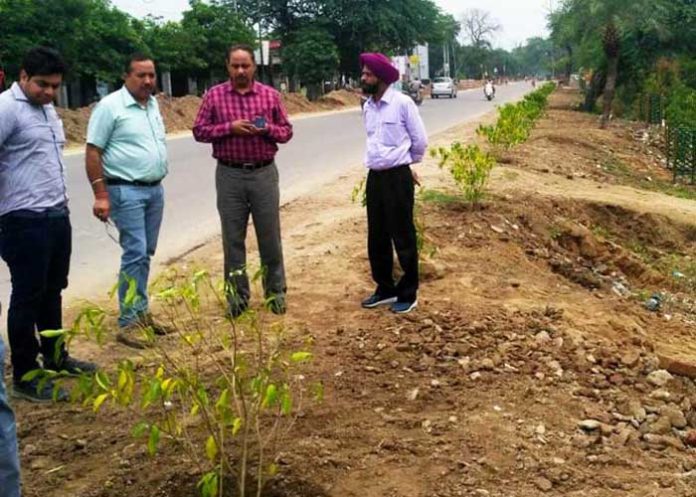 As a humble tribute to Sri Guru Nanak Dev Ji, the state Forest department has embarked a major campaign to spruce up main roads leading to holy city of Sultanpur Lodhi by planting around 30000 trees, in a phased manner, on them for commemorating the 550th parkash purab of Sri Guru Nanak Dev Ji.

As per this decision the department has started planting trees on Jalandhar-Sultanpur, Sultanpur- Fathudinga, Sultanpur-Lohian and other roads leading to holy city. As per the details the department has initiated the drive to plant 15000 saplings in the first phase and the rest would be planted afterwards. The plantation drive on these roads would be completed within the monsoon season without any sort of delay.

Meanwhile, the Principal Chief Conservator of Forests Mr. Jatinder Sharma reviewed the plantation drive initiated by the department and asked the officers to ensure that work was completed in a time bound and professional manner.

He also asked the officers to install tree guards for proper protection, upkeep and maintenance of the saplings. Mr. Sharma said that this drive would be a humble and befitting drive to Sri Guru Nanak Dev Ji by the department.

They further said that native species of shrubs like haar shingar, chandni, jangal jalebi and others were also being planted. The officers said that these would check the environment pollution on one hand by enhancing the green cover and would facelift the roads by adding zing to its beauty.