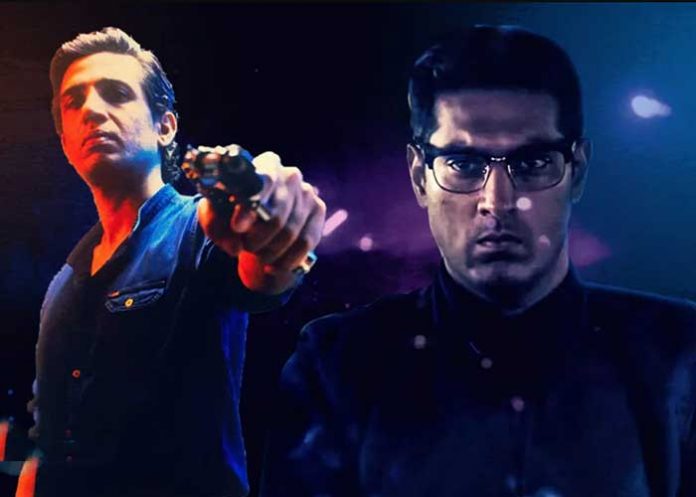 Footfairy is simply the most engaging noir attempt by Bollywood in a while. The triumph lies in treatment. The film manages to be sinister and shocking, and conveys a grizzly plot without being too blatant about it.

Psycho stories face the risk of running into cliches. There are only so many paths the plot can take if it revolves around a killer who derives warped pleasure out of taking lives of young women. Footfairy does a value-add to the idea. The serial killer in the story is obsessed with collecting the severed feet of the victims. The characteristic seems loosely drawn from real-life serial killer Jerry Brudos, also known as the Shoe Fetish Killer.

The mysterious killer in debutant writer director Kanishk Verma’s film asphyxiates the victim, neatly cuts off her feet and leaves the body in a red trolley bag. The killer operates in and around local train stations in Mumbai. Footage of CC TV cameras have revealed little beyond the fact that the killer moves around in khaki pants and a dark hoodie.

That backdrop is crisply established within the first 10 minutes. The CBI assigns the case to officer Vivan Deshmukh (Gulshan), who begins investigation with his assistant Harsh (Ashish Pathode). As Vivaan and Harsh set out to nab the culprit, there are twists galore.

The film maintains a relaxed pace in a bid to let the incidents on screen seep into the audience mindspace and also to render a slowburn impact. Yet the narrative never appears sluggish.

Writer-director Verma thinks differently while ending his story. It is an unusual end by Bollywood norms, and quite fascinating. What’s more, it actually leaves scope for a sequel.

The film is not without its flaws. Despite its smart premise about a killer with an unconventional fetish, the film cannot resist dangling the usual red herrings. A standard way to push the plot forward in this film seems to be introducing random suspects every now and then, only to have them acquitted. Also, an important aspect of the story is the fact that the killer stuffs the corpse in a red trolley. It never occurs to Vivaan and his team that tracing the origin of the trolley or its brand could perhaps point at vital clues.

In contrast, the cast leaves nothing to complain about. Gulshan Devaiah is brilliant in his rendition of the softspoken cop who can also be boorish to juniors, driven by frustration when things hit rock bottom.

Sagarika Ghatge and Kunaal Roy Kapoor are effective in small roles that render movement to the plot. Almost all of the cast seems like an apt fit in their respective roles.

Footfairy is an automatic recommendation if you dig murder mysteries or psycho thrillers. The film deserved a big screen release before airing on television. (Agency)