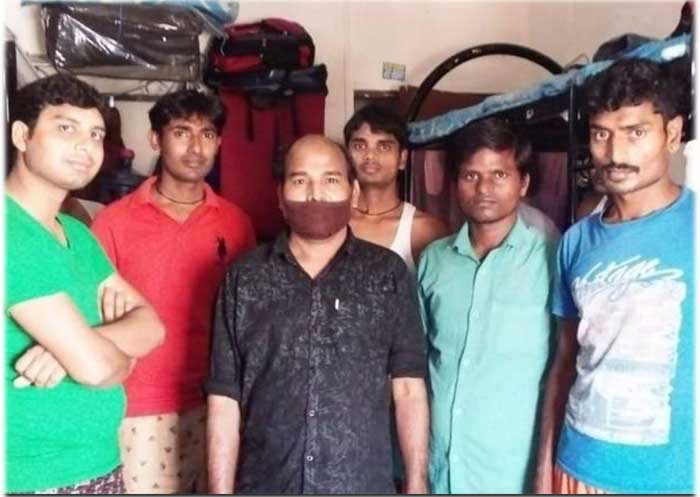 Following a distress call on Twitter, the Consulate General of India in Dubai provided food supplies to a group of 22 stranded Indian workers, who were seeking employment in Sharjah, it was reported.

The men have valid visit visas and were brought to the United Arab Emirates (UAE) by fraudulent employment agents in early March, Consulate officials told the Khaleej Times on Wednesday.

The men, abandoned by their agents, could not find jobs due to the restrictions imposed in the country due to the ongoing coronavirus pandemic and had very little access to food and other supplies.

Danish Ali, one of the stranded workers told the Khaleej Times: “We are a group of about 22 workers, and most of us are from Uttar Pradesh. When the situation became increasingly grave, we hoped to go back to India.”

Unfortunately, Ali said, most of them men had booked their air tickets were booked on March 22, when India had announced the ‘Janta curfew’, a day-long self-imposed quarantine.

“After the curfew, India has banned all international flights till April 14. We have not been able to go back since, and it has become very difficult for us to survive here,” he added.

Ali said the men have face masks and gloves with them, which they got with them from India.

The men are presently housed in bed spaces in Sharjah’s Rolla area.

Consulate officials came forward to help the workers as soon as they were informed of their plight.

Jitendra Singh Negi, Consul Labour, Consular and MADAD said: “The men were brought here on tourist visas in the first week of March. The agents have been reprimanded and we provided food and temporary provisions to the stranded workers.”

Neeraj Agarwal, Consul (Press, Information, and Culture) said: “We encourage all Indians who are in a crisis or destitute situation to reach out to the Consulate for help. Food and medical provisions will be provided to those in need.”  (Agency)