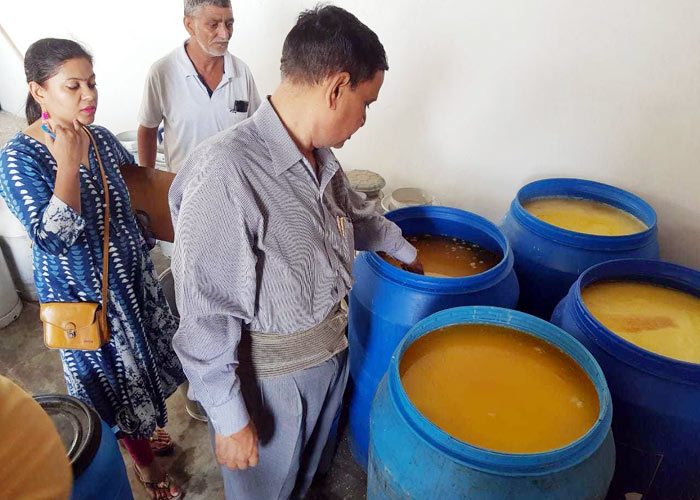 Updating the inspection status, Pannu informed that in a period of four months falling between June to September 2019, as many as 3548 food samples were collected and analysed. The samples include those of milk, cheese, ghee, khoya, sweets, namkeen, fruits and wine amongst others.

He informed that only 719 samples which forms 20 % of the samples collected were found to be sub-standard but were found safe to be consumed while 31 samples which constitute less than 1% have been found unsafe for human consumption.

Going by the book, cases have been filed against the adulterators in various courts and fine worth Rs.1.48 crores has been imposed in 837 cases and five convictions were ordered against spurious/unsafe/misleading product sellers in the past four months, he informed.

Pannu said that 1626 kg fruits and vegetables unsafe for human consumption and 354 kg other unsafe food articles were seized by the food safety teams.

Director Tandrust Punjab Mission said that the inspections are being complemented by simultaneous awareness programmes. He said that 327 awareness camps/seminars/workshops have been organized within the same period to improve the hygiene and quality of food products. The Food Business Operators have also been sensitized to abide by the laws mandated under Food Safety Act and the guidelines of FSSAI. They are also being made aware to procure necessary license/registration.