Home National First Cabinet reshuffle of Modi 2.0: Suresh Prabhu may be back 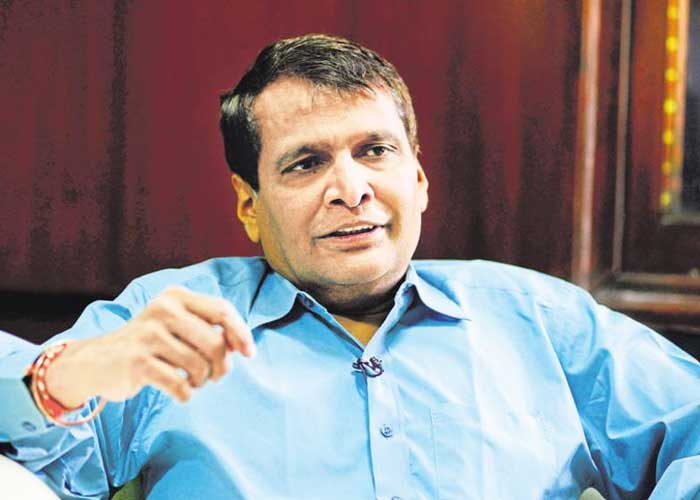 After coming back to power with a thumping majority this May, the Modi government is all set to go for it’s first Cabinet reshuffle very soon.

Sources say, the reshuffle can take place as early as in the next 15 days.

Informed sources told that a major inclusion in the new Cabinet can be Suresh Prabhu, who is likely to make a comeback, after he was dropped from the Cabinet when Modi took oath on May 30, this year. The former Shiv Sainik is tipped to head the Commerce and Industry Ministry. Right now, the portfolio is being handled by Piyush Goyal.

Prabhu earlier in Modi 1.0 had handled Commerce and Industry portfolio. He is also India’s ‘Sherpa’ at the G-20.

One of the reasons Prabhu didn’t make the cut was an overwhelming feeling within the BJP that Prabhu failed to garner dividends for the party in spite of holding portfolios like Railways which plays a key role in influencing the electorate.

But with the economy sliding down and the GDP projections taking a dip, Modi seems to be falling back to people with core expertise. Prabhu is a chartered accountant-turned-politician who was poached from the Shiv Sena when the BJP’s ally refused to send him to the Cabinet from it’s share, during Modi’s first tenure.

In spite of the economy not being in the best of shape and continued job losses in key sectors like automobile, Nirmala Sitharaman seems to have saved her meaty portfolio of Finance. Sitharaman has been on a spree to make amends in pursuit to inject adrenaline rush into a weary economy, including the latest cut on corporate tax from 30 per cent to 22 per cent, which was hailed by Modi as “historic”.

Merger of banks and withdrawal of enhanced surcharge for FPI (Foreign Portfolio Investors) are twin major decisions that seems to have done the trick for her.

Modi, however is expected to bring in more technocrats and people with core expertise for ministries that are crucial for the economic turnaround of the country. Remember, Modi surprised many when S. Jaishankar, a former foreign secretary was inducted in the Cabinet this time. But his domain expertise in international diplomacy helped India sail through after abrogation of Article 370 of the Constitution that gave special powers to Kashmir.

Right now there are 58 ministers in the union council of ministers and just 24 out of them are of Cabinet rank. Many ministers who are shuttling between many portfolios will be divested of some of their responsibilities, say sources.

Chances are, some of them may be relieved of the additional burden, given the important role they play also for the organisation. Tomar is the Haryana election in charge, while Prasad is the key BJP face to communicate from the party platform, after the death of Arun Jaitley.

It’s the first ever Cabinet reshuffle after the Modi government swept back to power with 303 seats. With the box of Article 370 ticked, the goal of this reshuffle will be economic turnaround.  (Agency)