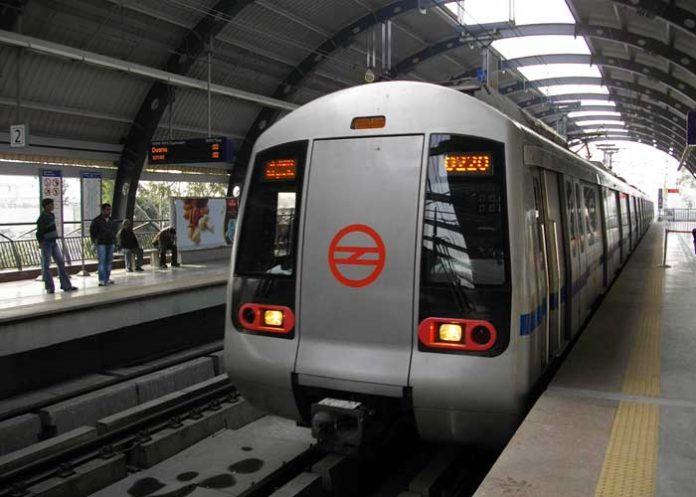 A fire in a furniture market crippled a part of Magenta Line of Delhi Metro and then slowed down services on the busier Yellow Line, affecting thousands during morning rush hour.

A massive fire broke out at the furniture market near Kalindi Kunj Metro station, only one stop away from Noida in Uttar Pradesh, on the Magenta Line, forcing the Delhi Fire Services to deploy 17 fire tenders.

Later, the trains began running slow on the Yellow Line, which connects north Delhi with Gurgaon in Haryana and is one of the busiest of Metro lines.

The slowing down of trains was reported from Kashmere Gate towards Rajiv Chowk, the Delhi Metro Rail Corp (DMRC) tweeted.

On its 8 lines, Delhi Metro trains criss-cross the national capital and adjoining areas, covering 343 km of network and 250 stations. The trains ferry between 26 and 30 lakh commuters daily.  (Agency)