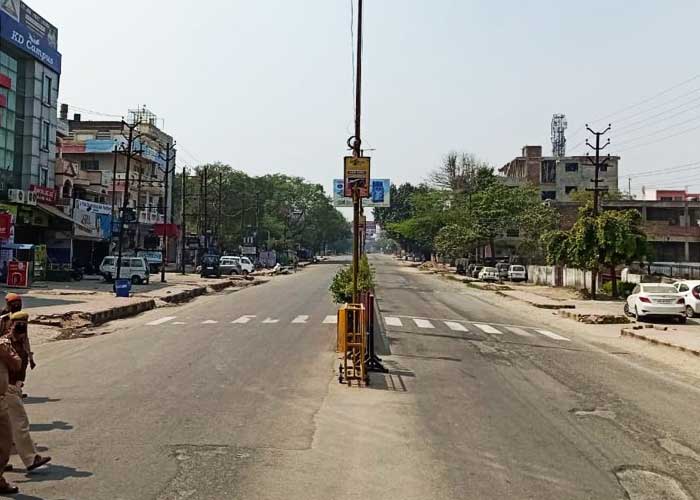 The Chaudhary Karampur village, where police personnel including ASP Abhishek Varma, were attacked by a mob on April 6, now wears a deserted look.

Most of the men, especially those belonging to the minority community, have fled or gone into hiding.

Police are conducting frequent raids to arrest those who allegedly attacked a team of cops on Monday.

Around 200 people, 150 of them unidentified, were booked and 49 have been arrested so far.

“My husband did not indulge in violence and had merely gone out of the house to see what was happening on that day. He may have been caught on CCTV cameras at the site of the incident. He left on Thursday night for a relative’s home in an adjoining district. Before leaving, he has made arrangements for us,” said a woman in the village.

She revealed that about 20 other men had also fled the village after the incident.

With men having run away from the village, fearing police action, the harvesting operations have been adversely affected.

“We are trying to manage harvesting to the best of our abilities. My children help me but we need labourers that are unavailable due to lockdown,” said another woman whose husband and two sons have left the village.

A delegation of the Samajwadi Party, on Thursday, met DIG Rajesh Pandey and requested him to bring the lives of villagers back on track.

The members of the delegation said that most families in the village were facing shortage of food and medicines after the incident.

Izzatnagar Station House Officer K.K. Verma who distributed some food packets among women and children working in the fields on Thursday, also made announcements in the village, asking residents to return.

SSP Shailesh Pandey said, “We have not forced anyone to leave the village and I would request them to return home and lead a normal life. We will take action only against those people, against whom we have conclusive evidence like video footage. We have also asked the local officials to provide support to families that are facing difficulties in getting food or medicine.”  (Agency)