Home National Farmers marching towards Delhi stopped at UP border 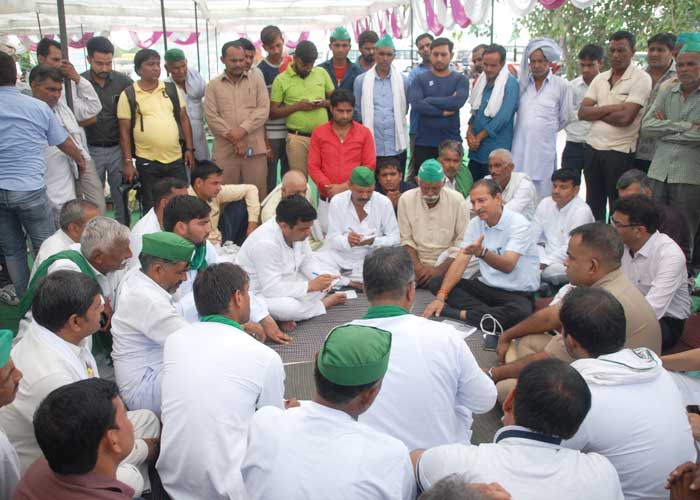 Heavy police deployment and barricading on the border near Ghazipur prevented thousands of farmers from marching into Delhi on Saturday demanding loan waiver, settlement of dues for sugarcane crop and pension.

The farmers march had started from Saharanpur in Uttar Pradesh on September 11 and was expected to converge at the Kisan Ghat in Delhi on Saturday. However, the protesters were stopped at the border.

“Barricading has been done all over with a heavy deployment of security personnel. We were asked to wait here as some officials wants to talk to us. We are waiting though we haven’t been informed who will speak to us and when,” said Rajendra Yadav, Uttar Pradesh in-charge of the Bharatiya Kisan Sangathan, the body organising the march.

Blaming the Bharatiya Janata Party (BJP) at the Centre and the state for the poor condition of the farm sector as well as the farmers, the Sanghathan has put forward a list of 15 demands.

“We are demanding waiver of all loans on farmers, payment of all sugarcane crop dues within 14 days and implementation of all suggestions of the Swaminathan Committee report,” said Yadav.

The farmers are also demanding free health and education for all, a High Court bench in Western Uttar Pradesh, an audit of the power companies by the Comptroller and Auditor General of India, an end to the pension of the MPs and MLAs, and a ban on pollution of rivers and punishment for those who do it.  (Agency)