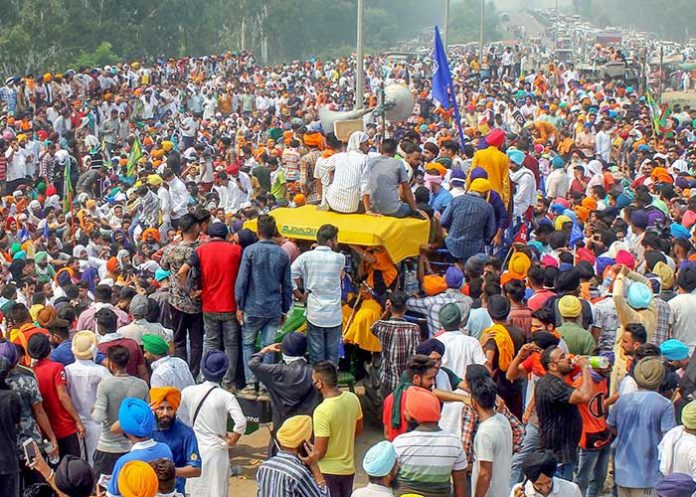 Punjab Vidhan Sabha on Tuesday (Oct. 20) unanimously rejected the contentious central ‘farm laws’ passed by the NDA government against the wishes of the ‘farming community’ and, enacted its own four bills providing protection to the farmers of Punjab and also making provision for imprisonment of three years if wheat and paddy crops are sold below the fixed minimum support price (MSP).

The NDA government had first issued three ordinances regarding the farmers of the country and later converting the same into laws passed by both houses of Lok Sabha and Rajya Sabha. By rejecting the central farm laws, the Amarinder Singh government in Punjab has come in confrontation with the central government.

Capt. Amarinder Singh while moving the resolution rejecting all the three laws and the power bill dared the central government to dismiss his government and he would not mind if this was done by the center as he has always kept his resignation in his pocket.

Amarinder Singh has the guts to challenge the central government and even his own Congress High Command when during his previous term of 2002-2007, he passed a bill in the Punjab Vidhan Sabha terminating all Rivers Waters Agreements. He did not care for the displeasure expressed by the party high command as Haryana was also having a Congress government then.

Once again Amarinder Singh has emerged as a stronger leader as no opposition party could afford to oppose the farm bills introduced by his government in the Punjab Vidhan Sabha when the entire farming community was up in arms against the central farm laws for the past one month. Life in Punjab had almost come to a standstill owing to the agitation by the 30 farmers unions and all the opposition parties had to fall in line with Amarinder Singh.

Amarinder Singh has assured the Punjab farmers that he would fight for their cause and would not let them down in their fight. He knows it well that Punjab’s economy is dependent on the agriculture and the Punjab farmer has emerged as ‘Ann Daata’ of the country which had ushered in the green revolution and wiped out the hunger of the country with the bumper production of wheat and rice.

In this entire fight for the cause of the farmers, the Shiromini Akali Dal led by Sukhbir Singh Badal has been badly exposed as first it had been supporting the three central farms laws and when the farmers’ agitation touched its height and the Akali Dal leadership felt that there was no excuse to save itself then Sukhbir Singh Badal made an attack on the ‘farm bills’ in the Lok Sabha and also asked his wife Harsimrat Badal to resign from the NDA Government. She tendered her resignation and Prime Minister Narendra Modi did not hesitate to accept the same in no time.

Harsimrat’s lies were exposed by her best friend Smriti Irani, Union Textile Minister during her visit to Punjab to campaign for the central farm laws, when she told the farmers meeting at Bathinda that Harsimrat knew everything and she was a party to the passing of the ordinances and their moving to the Lok Sabha.

The Shiromini Akali Dal had suffered a big setback in the 2017 Vidhan Sabha elections when it was decimated to 15 seats and was reduced to the third position in the Vidhan Sabha with Aam Aadmi Party emerging as the main opposition party with 20 seats.

The Akali Dal lost its credibility with the ruralites and the Sikhs when it extended support to the head of the Dera Sacha Sauda Gurmeet Ram Raheem and the desecration of Guru Granth Sahib at Bargari and the police firing at Behbal Kalan and Kotkapura.

This time the Akali Dal found an opportunity to revive its lost credibility by jumping in the fray and extended support to the agitating farmers of Punjab. No doubt Harsimrat has resigned from the NDA Government, but the Akali Dal is still maintaining its alliance with the NDA.

Meanwhile, the BJP leadership has also started threatening the Akali Dal that it would fight the election on all 117 seats of the Vidhan Sabha and form its government in Punjab. The BJP and RSS have spread their party cadres in the rural areas as well and in the 2019 Lok Sabha poll, the Akali Dal sought votes for its candidates in the name of Narendra Modi and not on Panthic agenda.

Navjot Sidhu was the first to speak after the Chief Minister in the Vidhan Sabha and he congratulated Amarinder Singh in his mission of fighting for the cause of farmers. Rahul Gandhi former President AICC also paid a three-day visit to the Punjab State and offered all support to Amarinder and assured the farmer that the Congress would stand by them.

The Aam Aadmi Party (AAP) has also been active in extending support to the farmers’ agitation and took out tractor rallies and held dharnas in favour of them. The AAP is also trying to expand its base in Punjab and its leaders are taking up the issue of the common man.

Although the Punjab Vidhan Sabha has passed four bills and rejected the central laws, now the question is whether the Punjab Governor will give his assent to the bills and forward the same to the President for final assent? The central laws have already go President’s assent.

Amarinder Singh immediately went to meet the Governor along with the leaders of the opposition parties and requested him for his assent and forwarding the bills to the President. 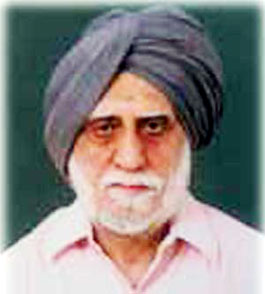 Amarinder Singh has already announced in the Vidhan Sabha that it would be difficult to get the assent of the President and he was prepared to go to the Supreme Court to fight till the last. Let us see what happens to Punjab bills as it is going to be a long-drawn battle.

The agitating farmers’ unions have realized that Punjab Vidhan Sabha has done the maximum and they should withdraw dharnas at the railway tracks and allow the normal movement of rail and road traffic.