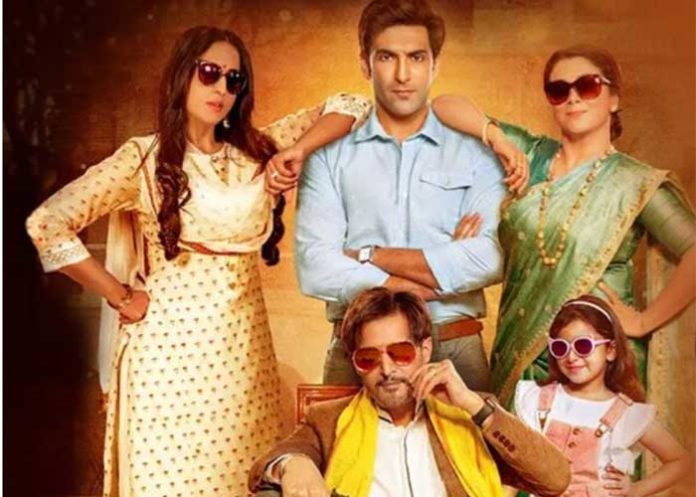 The first thing you notice about “Family Of Thakurganj” is the sheer number of influences that overshadow its effort at storytelling. It is almost as if director Manoj K. Jha was trying to cross the thematic essentials of “Gangs Of Wasseypur” with the smalltown spiff of “Dabangg” and the humour-violence cocktail of “Satya”, in order to set up a “Deewar”-style disparity in ideals among two brothers.

This is the story of Nannu (Jimmy Sheirgill) and Munnu (Nandish Singh), brothers who live in Thakurganj, an Uttar Pradesh smalltown. After their father dies, Nannu takes to crime. He soon becomes a gangster who works for the powerful Baba Bhandari (Saurabh Shukla).

Among Nannu’s many transgressions is a thriving extortion racket he runs with his wife (Mahie Gill). His mother supports his criminal ways, but law-abiding younger brother Munnu, who runs a coaching class, resents Nannu’s exploits.

The stage is set for a crusty smalltown tale that promises to build its drama around conflict, intrigue and suspense, with apt doses of humour and violence thrown in.

Sadly, writer Dilip Shukla, who carved his niche as commercial Bollywood’s smalltown specialist scripting the Dabangg films, is out of form here. As the initial interest wanes, the film fails to hold audience’s attention.

The screenplay moves along undecidedly, and you realise what is wrong. The narrative has no USP. Standard melodrama takes over, reminiscent of numerous similar attempts, salvaged only by the odd bursts of humour.

Lack of USP is evident in the casting too. Jimmy Sheirgill as the smalltown goon and Mahie Gill as the plotting wife would by now seem like cliches in a film’s credits. Saurabh Shukla’s local don and Yashpal Sharma’s corrupt cop suffer the same setback. If these actors of proven talent somehow manage to rise above the film’s overall mediocrity, the relatively greenhorn Nandish Singh, seen last week playing Hrithik Roshan’s brother in “Super 30”, clearly struggles to hold his own.

This is one family whose story suffers from the familiar Bollywood hang-ups.  (Agency)