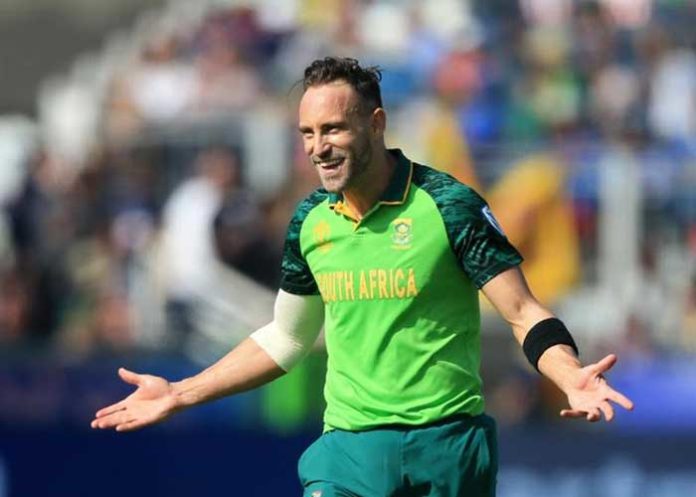 South Africa captain Faf du Plessis believes India would be “really happy” as they would be facing New Zealand in the semifinals of the ongoing World Cup as the form of the Black Caps has dipped in their last three games of the tournament.

On Saturday, South Africa defeated Australia by 10 runs in their last game of the ongoing World Cup in Manchester. With the defeat, Australia ended their group stage campaign at the second spot and will now face England in the second semifinal to be played on Thursday in Birmingham.

India, on the other hand, defeated Sri Lanka in their last group stage fixture, thus ending at the top spot with 15 points. They will face New Zealand in the first semifinal on Tuesday.

du Plessis also predicted that England will defeat Australia and will meet the Men in Blue in the finals to be held on July 14 at the Lord’s.

“I think India would be really happy that we won today. New Zealand’s form has dipped in the last three games, so I would probably say an India-England final. I think India and Australia have played the big games really well, so I would back one of them at the biggest stage of all,” du Plessis said after Saturday’s game.

The Proteas had a disappointing campaign in this World Cup as they managed to win just three games and ended at the sixth spot with seven points.

“We have played inconsistent cricket. We guys need to lift the team and win the games on their own. We weren’t at our best,” said the Proteas skipper who scored a brilliant hundred against the Aussies at the Old Trafford.  (Agency)