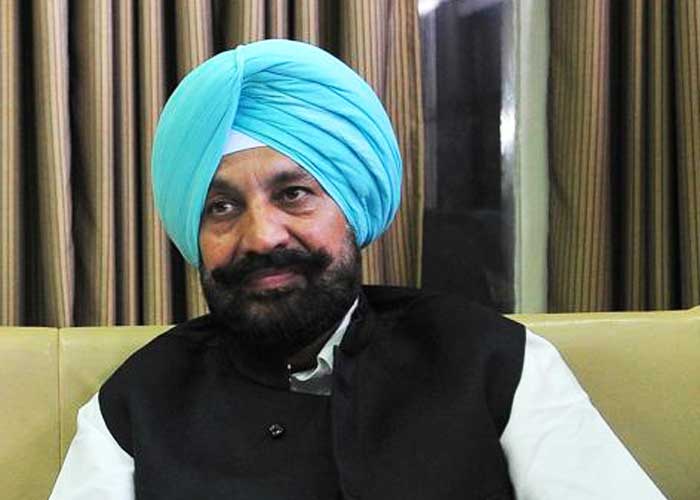 He said that with this decision, there was not the slightest doubt left that Prime Minister Modi was playing the role of puppet of the corporate houses and continuously taking anti-farmer and anti-poor people decisions.

The Cabinet Minister said that Modi government had given debt waiver of Rs. 8 lakh crore to corporate houses in the last five years while not a single penny was forgiven to the farmers who were forced to commit suicide due to debt burden. He said that Modi government had backstabbed the neediest section of the society by excluding the farmers from the current interest waiver scheme.

Describing the BJP as stooge of corporate houses and wealthy businessmen, Mr. Sidhu said that farmers have or would only get benefits under the tenure of Congress party. He recalled that the Manmohan Singh government had waived off a debt of Rs 71,000 crore to the farmers.

The Health Minister said that despite the financial constraints of Punjab left by the Akali government, Captain Amarinder Singh led government had waived approximately Rs. 10,000 crore of farmers’ loans.

Mr. Sidhu said that Modi government wanted to push the country back to the era of starvation by enacting one anti-farmer law after another from which the farmers of Punjab had pulled it out at the cost of its natural resources such as soil, wind and water.

He said that the new laws enacted in the name of agrarian reforms, the proposed Electricity Act and the recently issued Air Pollution Prevention Ordinance would push the country towards starvation. Citing an international survey, Mr. Sidhu said that 14% population of the country was suffering from hunger and this number was increasing day by day.

He said that out of 107 countries surveyed under the starvation, India was ranked 94th while countries like Pakistan, Bangladesh and Sri Lanka were in a much better position than India. “Anti-farmer decisions being taken by Modi government would lead to deprivation of bread from the mouths of crores of poor people of the country”, he added. Strongly condemning the Modi government’s unwanted confrontation with Punjab, Mr. Sidhu said that BJP wanted to score Brownie Point by throwing Punjab back into the era of extremism.

He said that BJP ministers were inciting the protesting farmers by calling them urban Naxals, middlemen and villains who fought to save their livelihood. Modi Government’s decision pertaining to Punjab Rural Development Fund, GST and break down of carriage trains could lead to further create situations of confrontation in Punjab.

Mr. Sidhu said that Modi government should abandon the path of confrontation being created with Punjab and take the path of dialogue so that a meaningful solution to this issue could be worked out and the prowess of the farmers could be harnessed for constructive manner. He said that it was in the interest of Punjab and the country.