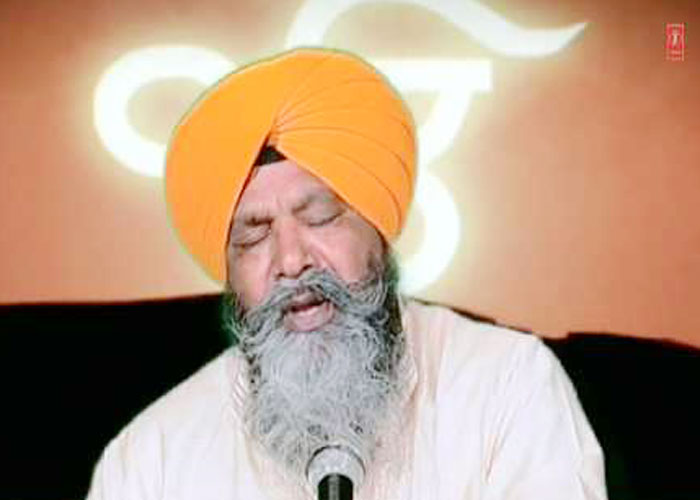 Chandigarh, April 2, 2020 –
Padma Shri and former ‘Hazoori Raagi’ of the Golden Temple, Nirmal Singh Khalsa, who had tested positive for coronavirus along with four others on Wednesday died here on Thursday morning. This brings the number of Coronavirus deaths in Punjab to five.

Bhai Nirmal Singh, who would have turned 68 on April 12, had recently returned from the UK and was undergoing treatment at the Govt Medical College and Hospital in Amritsar. He was hospitalised on March 31 with complications of breathlessness and dizziness.

On March 29, tests were carried out in Shri Guru Ramdas Research Institute of Medical Sciences after which he was referred to the GMCH for advanced diagnosis.

The local police had yesterday sealed the nearby residences of Nirmal Singh in Amritsar to contain the spread of the virus.

Bhai Nirmal Singh was the first ‘Hazoori Raagi’ of the Golden Temple to be bestowed with the Padma Shri award. He had held large religious gatherings in Delhi and some other places after returning from abroad and the focus now is to identify the people who must have come into his contact.

On Wednesday, four more tested positive for Covid-19 in Punjab. Of these, two are residents of Mohali, while one is from Jagatpura village — both located on the outskirts of state capital Chandigarh. The fourth case is from Ludhiana city, a contact of a positive case.

Both the Mohali residents are relatives of an NRI couple from Chandigarh, who had recently tested positive. The latest cases are the grandmother and daughter of the couple.

“Three more positive cases in the district are close contacts of Chandigarh positive cases. They have been quarantined and contact tracing on. Will make containment zones as per the protocol,” Mohali Deputy Commissioner Girish Dayalan tweeted.

The latest was a 65-year-old man with no travel history abroad who died at the PGI hospital here on Tuesday.

The state had reported the second death of an elderly man on March 29. The patient was in close contact with the state’s first Covid-19 casualty. Both were ‘granthis’ — the keeper and reader of the Sikh scripture.

They had returned from Germany and Italy and mingled freely with the people despite the home isolation advisory on landing at the IGI Airport in New Delhi on March 7.

Of the 46 cases in the state, 19 have been reported from Nawanshahr, 10 from Mohali, six from Hoshiarpur, five from Jalandhar, three from Ludhiana and two from Amritsar and one from Ludhiana.

The state on March 9 tested the first positive case for coronavirus, who has been discharged. (Agency)