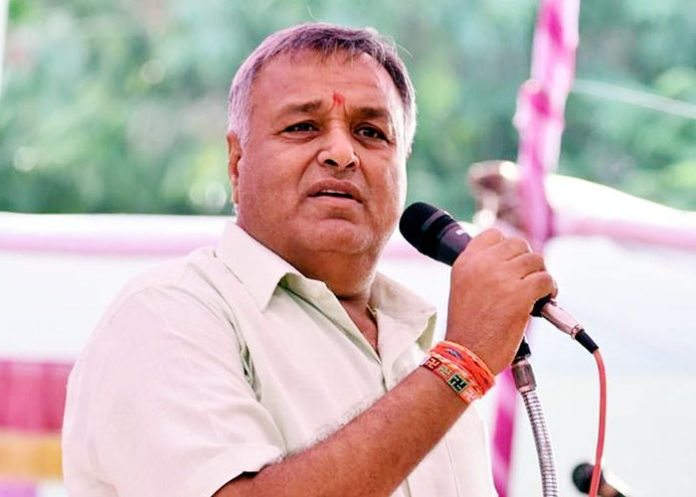 A Special CBI Court here on Thursday sentenced former BJP MP Dinu Bogha Solanki from Gujarat’s Saurashtra and six others to life imprisonment for the murder of RTI activist Amit Jethwa in July 2010.

The court had pronounced them guilty on July 6 and reserved the order on the quantum of punishment.

They were charged under Sections 302 of the Indian Penal Code (IPC) for murder, 201 causing disappearance of evidence of offence, 120B for criminal conspiracy and Section 25(1) of Arms Act for illegal possession of arms or ammunition.

In a stinging verdict, the court also ordered legal proceedings to be initiated against 105 of the 195 witnesses, who had turned hostile.

Judge Dave directed that Rs 11 lakh from this amount will be given to Jethwa’s family which would include fixed deposits in a national bank worth Rs 5 lakh for his wife and Rs 3 lakh each for the slain RTI activist’s two young sons.

Jethwa was shot dead on July 20, 2010, by two assailants outside the Gujarat High Court for exposing illegal mining activities in the Gir forests allegedly involving the Bharatiya Janata Party MP.

The assailants had then fled the scene leaving their motorcycle and a country-made revolver on the spot.

The Ahmedabad’s Detection of Crime Branch (DCB), investigating the case earlier, had not included Dinu Bogha Solanki, who was then a Lok Sabha member from Junagadh, in any of the two chargesheets filed against the accused.

Then under Joint Commissioner of Police Mohan Jha, who retired as the DGP and IG (Prisons) two months ago, had given a clean chit to the BJP MP.

Bhikabhai Jethwa, father of the deceased, had moved the Gujarat High Court seeking a re-trial.

Justice J.B. Pardiwala then directed a fresh trial of 26 witnesses as well as ordered replacement of the then CBI Court’s Special Judge Dinesh L. Patel. Justice Dave had even sought police protection for himself and his family.

Dinu Bogha Solanki was continuing as an MP when he was arrested in 2013 from Delhi and subsequently was chargesheeted by the CBI as the key conspirator in the case.  (Agency)