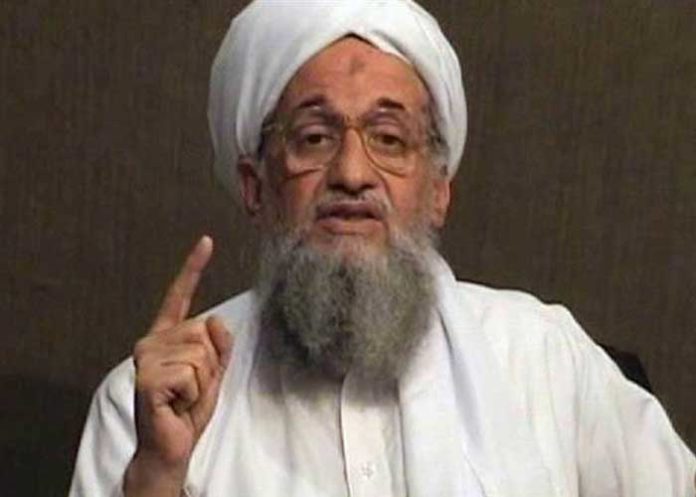 As the US and the world remembered the victims of the 9/11 attacks on its anniversary, one of the main planners of the ghastly terror strike, Al Qaeda chief Ayman al Zawahiri, remains elusive even 18 years after the incident that shook the world.

Zawahari is believed to be hiding somewhere in Afghanistan or Pakistan, most likely with the support of Pakistani intelligence agencies, as was the case with Al Qaeda chief Osama bin Laden before he was hunted down and killed in Abbottabad, deep inside Pakistan, by the American special forces.

Zawahari, who was number 2 in Al Qaeda hierarchy at the time of the unprecedented terror attacks in the US, has released a video, hailing the killing of thousands of people on September 11, 2001.

The intelligence agencies of the mighty US, who have been hunting for him ever since the attacks, are unable to track his exact location. One of the main reasons for his evading the Americans is that he does not use any modern tools of communication, including the mobile phones.

He communicates with his cadres through intermediaries or through the videos, which are released from time to time.

In the latest video, Zawahiri terms as “bless raids” the attacks in the US in which over 2,900 people were killed.

The aircraft-borne attackers targeted the iconic places like the twin towers in New York, the Pentagon in Washington and the White House. The attack on White House was, however, aborted.

Osama bin Laden was hunted by the American forces and killed in 2011 in a special operation in Abbottabad, where he was residing clearly with the support of the Pakistani establishment.

The three-storey house, where bin Laden was hiding with his family, was only a few kilometres away from a Pakistani military base.

Even though Pakistan claimed to be unaware about his presence in Abbottabad, there was enough evidence to prove its complicity in his hiding there, even when the Americans were desperately looking for him.

Zawahari, who took charge of the terrorist outfit after Laden’s killing, continues to incite its cadres to carry out attacks in Afghanistan and various other places, mainly targeting assets of the US and other western nations.

Zawahiri was involved not only in the 9/11 attacks but in several other terror attacks worldwide. These include the bombing of US Embassy in Kenya in 1998 and USS Cole in 2000.Towers the Way We Want to Remember Them

The US has carried out air raids at a number of places on suspicion of his presence but has been unsuccessful so far.  (Agency)