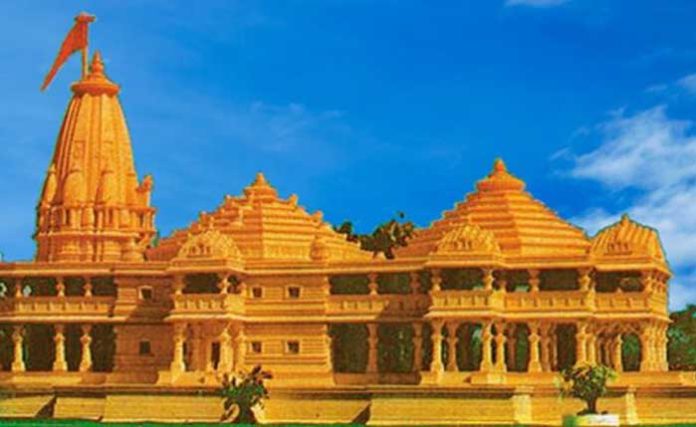 A curative petition, filed in the Supreme Court challenging the Ayodhya order, also questions the unknown addenda that focus on relevance of the Hindu faith, associated with the dispute, at the end of the main judgement.

Curiously, the five-judge Bench delivered the unanimous verdict, but an addendum was added by an unknown author.

The petition, filed by Peace Party chief Mohammed Ayub, has urged the top court to reconsider its decision.

On November 9, the Supreme Court granted the disputed site to the Hindu side for construction of a temple and on December 11 dismissed the review petitions. Ayub had also filed a review petition.

The curative petition contends the purpose of the addenda is not known. “A judgment may be delivered unanimously or it may be divided into a number of majority, concurring, plurality, and dissenting opinions. However, curiously, while the judgment was delivered unanimously and signed by all the five judges, one of them seems to have recorded a different reasoning,” it said.

One of the five judges has offered a separate perspective on the question of birth of Lord Ram. Though the judgment doesn’t name the author, the observation has been included as addendum. The author felt for Hindus faith was important.

The petition queries the nature of association of this addendum with the main order. “Does it form a part of the judgment and law under Article 129? In normal practice, an addenda specify if it’s an integral part of the main document,” said the petition.

The petition contends a reasonable inference that can be drawn that since there is no such declaration, it’s not an integral part of the judgment. “However, it begs the question what’s the purpose of adding addenda, if the judgment is unanimous and not a concurring opinion,” it said.

“…the conclusion that faith and belief of Hindus since prior to construction of mosque and subsequent thereto has always been that Janmasthan of Lord Ram is the place where Babri Mosque has been constructed, which faith and belief is proved by documentary and oral evidence discussed…,” the addendum said.

“The fact that Hindus were, by constructing iron wall dividing the mosque premises, kept outside the three-dome structure can’t be said to alter their faith and belief regarding the birth place of Lord Ram. The worship on the Ram Chabutra (platform) in the outer courtyard was symbolic worship of Lord Ram who was believed to be born at the premises,” said the judge.

The author also observed it was only during the British period that a grill was built, dividing the walled premises of the mosque into an inner courtyard and outer courtyard.

The petitioner contended the top court judgement had errors of consequential import.   (Agency)