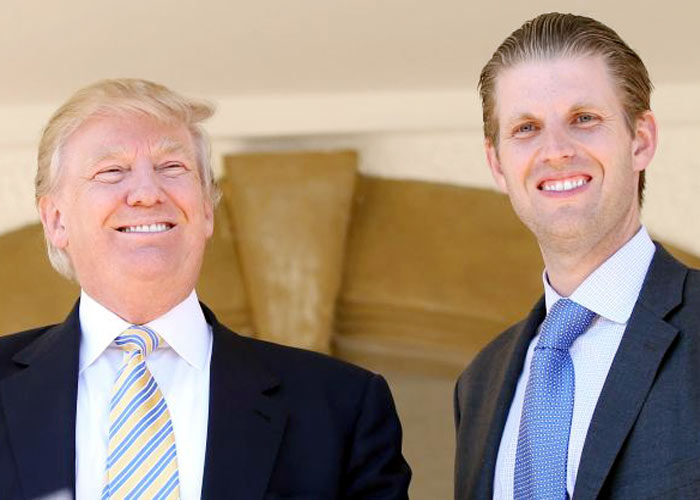 US President Donald Trump’s son Eric Trump has singled out Hollywood star Brad Pitt for his political speech at the 2020 Academy Awards.

Calling Pitt one of “smug elitists” Eric blamed the “Once Upon a Time in Hollywood” star for the Oscars low ratings, reports aceshowbiz.com.

Late on Monday, Eric shared on his Instagram page Fox Business’ post that featured a photograph of Pitt at the 92nd annual prize-giving event, with the caption: “Oscars ratings fall 25 per cent to all-time low.”

Weighing in on audience’s lack of interest in the live ceremony, the executive vice president of the Trump Organization wrote, “Probably because Americans don’t liked to be preached to by smug elitists.

Agreeing with Eric, one follower wrote in the comment section: “I proudly do not watch any awards shows for that reason.”

Another slammed Hollywood stars saying: “A waste of time. I didn’t watch it. The actors don’t like us just our money. Stop watching their movies. Then they may care what we think.”

A third user commented: “I don’t doubt it. Hollywood is sold out to the Demonocrats.”

“They told me I only have 45 seconds up here, which is 45 seconds more than the Senate gave John Bolton this week,” he began his speech, referencing the former national security adviser who was not allowed to testify by the Senate during the proceedings.

He then joked that “Once Upon a Time in Hollywood” director Quentin Tarantino, might make a film about the controversial hearings.

“I’m thinking maybe Quentin does a movie about it and in the end, the adults do the right thing,” he added.  (Agency)