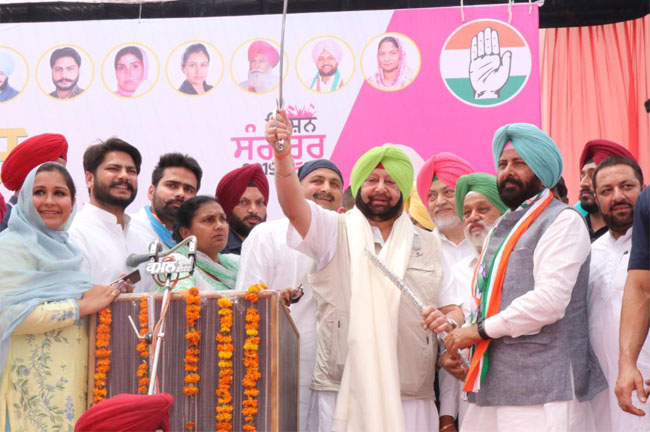 Ministers and legislators of the ruling Congress in Punjab have been warned by the party that they will face action if they do not ensure the victory of Congress candidates in the Lok Sabha elections in their constituencies.

“Incumbent Ministers in Punjab who do not succeed in ensuring a victory for the Congress, specially from the constituencies they represent, will be dropped from the cabinet. In the case of Congress MLAs, it has been decided that those who fail to perform in their constituencies will not be considered for ticket in the next Assembly elections,” a diktat from the Congress high command to the Congress leaders said.

“The Congress has decided to push the bar of performance for its leaders by fixing the responsibility for the victory of the candidates in Punjab on the Ministers and MLAs of the ruling party,” Chief Minister Amarinder Singh announced on Wednesday.

The decision has been taken by the Congress high command, under the leadership of Rahul Gandhi, to accelerate the momentum for achieving the party’s ‘Mission-13’ in the ongoing Lok Sabha elections, Amarinder Singh said.

The party has also made the criteria for allotment of chairmanships of various board and corporation under the Punjab government more stringent.

“The Congress has decided that such chairmanships will be allotted on the basis of the performance of individuals in the ongoing Lok Sabha polls. Performance and not seniority will be the criteria determining their eligibility for boards and corporations,” Amarinder Singh said, toughening the stand on this issue.

“The objective behind these decisions is to promote a performance-based culture in the party. Rahul was in favour of rewarding those party leaders and workers who make a difference on the ground,” Amarinder Singh said, adding that the Congress President wanted to bridge the gap between the people and the party through its elected representatives.

Amarinder lashes out at Badals for lowering prestige of Akal Takht, asks Sukhbir not to threaten officers – CLICK HERE