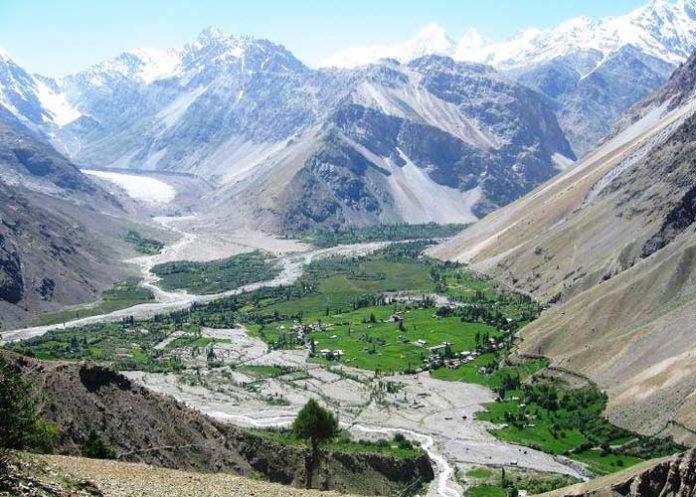 The talk about Gilgit Baltistan (GB) becoming the fifth province of Pakistan, even with a “provisional provincial status,” has not enthused the people of the disputed region. Neither are the people looking forward to the elections that are round the corner, on November 15.

The Pakistan government is still wary of granting the region a full provincial status, therefore, the ‘provisional’ remains prefixed. Pakistan still perceives that making GB a legitimate province of Pakistan would dilute its legal claim for taking over the entire Jammu and Kashmir (J&K) region from India.

Because of this, governance has been poor and the people feel that they have been denied development and progress since they were forcibly taken over by Pakistan in 1947. For many, tinkering with the administrative status now is more political than substantial.

Senge Sering, president of the Institute for Gilgit-Baltistan Studies, recently told news agency ANI that making the region the fifth province of Pakistan is not going to bring progress to the area or to its people. Sering said: “The people of GB have been living under no law for the past 73 years, having no judicial or constitutional head. Had we been with India, we would have been its part under the Constitution.” He added that the people in GB want independence as they feel exploited by Pakistan.

One of the reasons that people are wary of Islamabad is that despite being with the country for over seven decades, they have never been granted a definite political status.

Right from the beginning, after the forceful annexation of GB from the Maharaja of Kashmir, Pakistan was hopeful of acquiring the rest of J&K from India. With this idea in mind, it also did not allow the UN plebiscite to happen.

Pakistan had hoped that by physically holding on to GB and granting it a vague status, it would be able to prolong the territorial dispute. Hence GB was given the vague nomenclature of ‘Northern Areas,’ and ruled directly from Islamabad.

However, with both Pakistan and India not being able to make any headway into the status of J&K, the people of GB continued to suffer under successive Pakistani regimes. Unfortunately for them, they were denied democracy not just by the government in Islamabad but even by the militant Kashmiris on both sides of the border who were supposedly fighting for the human rights of Kashmiris.

However, with China coming into the picture, the Pakistan government passed an order in 2018 granting itself more control over land and resources in Gilgit-Baltistan as was required for the China Pakistan Economic Corridor (CPEC).

It has similar to the island ordinance where the Imran Khan government is taking over land in Sindh and Balochistan provinces. Though the GB order was challenged in the Supreme Court, which also asked the federal government to take back the order, the latter has conveniently ignored it.

In fact, one of the major reasons for making GB its fifth province is that Pakistan has been facing pressure from China. The communist country, with its massive investment in the region, wants the disputed region to be constitutionally a part of Pakistan so that its gigantic infrastructure projects can be run legitimately. Land was first needed when the Diamer Bhasha dam had to be erected on river Indus by China. The locals had protested something which China did not like.

China has been uncomfortable on two fronts—India protesting against the CPEC because GB is a disputed region, and protests by locals over what they see as “land grab by China.” With Pakistan making it a provisional province, the Chinese will have more control over the region. After all, the CPEC is China’s biggest foreign investment, and it has to be protected at all costs—particularly from India which has been not just opposing the CPEC but also staking claim to GB.

Geopolitical analyst Mark Kinra says: “CPEC starts from GB and ends in Balochistan. But GB’s position is even worse than Balochistan considering until now GB didn’t have a provincial status so was not given any share of the National Financial Commission award as it was given to other provinces so it was always at the mercy of the Federal Government.”

The exploitation of the people is so severe that the government would even fall back on pre-Pakistan laws to take away GB lands. Ironically, Kinra points out, “that at times the GB Government even applied yesteryears Dogra Rulers’ laws for acquiring land, wherein no compensation was paid to the people on the pretext of State land.

After being absorbed as a province, the status of GB will get worse as internationally not only its relevance fades with respect to the UN resolution but economic deprivation continues based on Pakistan’s legal sanctity, thereby further marginalizing the people of GB.”

Pakistan has been changing the demographics of the region by diluting the local Shia population. For decades it has been settling in Sunnis from other provinces. Discrimination against Shias, which is pronounced in Pakistan, is visible in GB as well. A glaring example that people still recount is from the Kargil War of 1999, when Pakistani Army infiltrated its soldiers into Indian territory in Kargil.

The Northern Light Infantry (NLI), manned mostly by the Shia people from GB, was commissioned to invade India. Once the war broke out, the Pakistan government even refused to take back the bodies of its soldiers, partly because they were Shia and partly because they hailed from GB—an inconsequential people.

This discrimination against the local people goes back a long way. During the mid-1980s, former military dictator Zia-ul-Haq committed a massacre of the Shias of GB.

The sectarian discrimination persists. The protest march in Karachi in September by majoritarian Sunni followers against Shias only promotes the feeling of being the ‘other.’ The Sunnis were protesting against the Ashura processions by the Shias, which have on earlier occasions led to bloodshed.

Faced with effete rule for over seven decades, denied democracy, marginalized for the sake of other communities, people in GB do not identify with the Pakistani regime. However, with its strategic location—it touches Xinjiang in China to its north, Afghanistan to its west and Ladakh to its east—GB will only get further drawn into the Pak-China pincer as both nations try to browbeat India for their expansionist dreams. For the people of GB, it means no peace. (Agency)