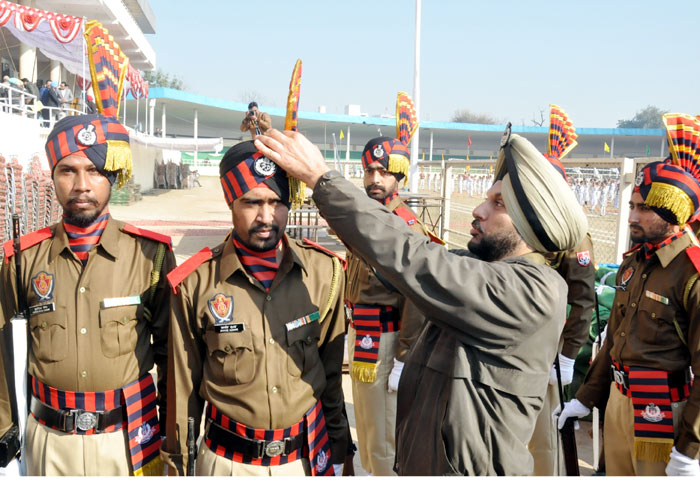 The Jalandhar Commissionerate Police has made elaborate arrangements to ensure foolproof arrangements for the security during the upcoming Republic Day celebrations on January 26 at the local Guru Gobind Singh Stadium.

The Commissioner of Police Mr. Gurpreet Singh Bhullar today finalized the security arrangements for the function at the venue.

He said that Jalandhar Commissionerate Police has made elaborate security arrangements in the city in wake of the ensuing celebrations.

Mr. Bhullar said that the security has already been beefed up and the entire area around the venue of the event has been cordoned off by the Police.

The Commissioner of Police further said that around 1500 Police officers/ officials have been deployed to keep a strict vigil in wake of the Republic Day celebrations.

He said that CCTV cameras have been installed at the venue for keeping a regular check in and around the stadium.

Likewise, Mr. Bhullar said that the security has also been enhanced in the city to check any sort of anti-social activity.

The Commissioner of Police said that round the clock vigil was being kept in the city for which various patrolling parties of the Police officials have been set up.

Likewise, he said that senior officers have been instructed to conduct night domination in the city to keep a strict eye on law and order situation.

Mr. Bhullar said that a control room has been set up at the stadium by them to regularly monitor the situation.

Likewise, the Commissioner of Police said that regular anti-sabotage checking was being done in and around the stadium besides the deployment of the firefighting and medical teams.

Meanwhile, the Commissioner of Police along with other officers also visited the stadium to take stock of the security arrangements at the ground level.

He also passed on necessary directions to the officers/ officials for the smooth conduct of this mega event.

On the occasion, Deputy Commissioner of Police Mr. Arun Saini was also present.