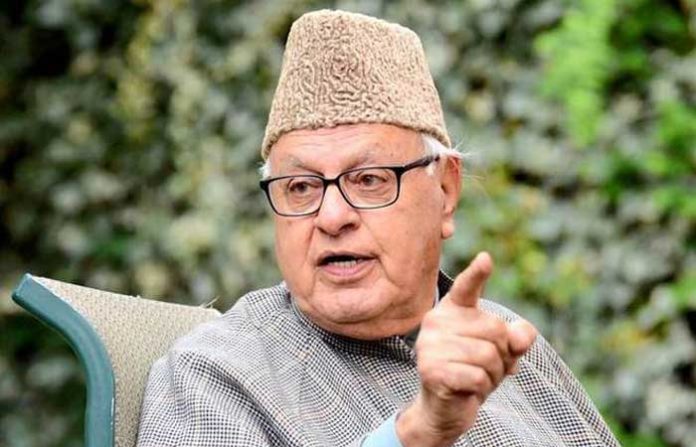 Srinagar, Oct 19, 2020-
The summoning of National Conference (NC) president, Dr. Farooq Abdullah for questioning by the Enforcement Directorate(ED) on Monday has created quite a flutter in the political circles of Jammu and Kashmir.

Reacting to the ED summons to his father, Omar Abdullah, former chief minister, took to Twitter, “The party will be responding to this ED summon shortly. This is nothing less than political vendetta coming days after the formation of the People’s alliance for Gupkar Declaration.

“To set the record straight, no raids are being conducted at Dr Sahib’s residence”.

In her reaction to the development, former chief minister and chief of Peoples Democratic Party (PDP), Mehbooba Mufti said, “ED’s sudden summons to Farooq Sahab displays the extent of GOI’s nervousness about mainstream parties in J&K fighting as one unit.”

“Also reeks of political vendetta & won’t in the least blunt our collective resolve to fight for our rights “.

Sajad Lone, whose People’s Conference (PC) is also part of the six-party Gupkar alliance that seeks restoration of J&K’s special status, said in his reaction, “What a sorry state of affairs. Dr Farooq Sahib summoned by ED. Reeks of vendetta. Contrary to what they want to coercively achieve this will certainly have the opposite impact”.

ED officials on Monday summoned Dr. Abdullah to their office in uptown Rajbagh locality of Srinagar city for questioning in the Rs 113 crore scam allegedly carried out when Dr. Abdullah was the chairman of the J&K cricket Association. (Agency)