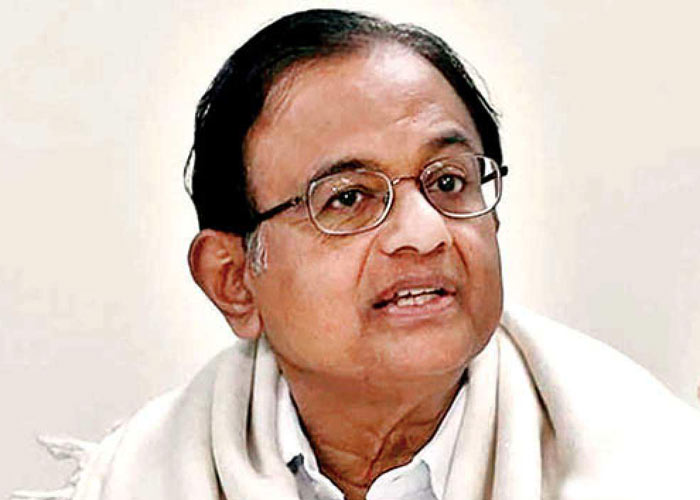 New Delhi, Oct 22, 2020-
Former Finance Minister P. Chidambaram on Thursday criticised the Centre for its claims on reviving the economy. He said the economy was largely determined by the market, by the laws of demand and supply, and by the purchasing power and the sentiments of the people, which are missing currently.

“Unless the government puts money in the hands of the bottom half of the families and puts food on the plates of the poor, the economy will not revive smartly,” he added.

The Congress leader said if the government doubted about what he say, then “just listen to the voices of the voters of Bihar on their existential crisis — no work or not enough work, no income or little income, and their thoughts are on surviving, not on spending.

He also said that RBI Governor, SEBI Chairman and the DEA Secretary should tell the FM, in unison, that the vast majority of the people do not have the money or the inclination to buy goods and services.

“Is it not intriguing that the RBI Governor, the SEBI Chairman and the DEA Secretary should speak on the same day on the same subject? All three have tried to ‘talk up’ the economy. I wish the economy was a circus lion that would respond to the stick of the ringmaster!” Chidambaram mocked.

The former Finance Minister was criticising the statements made by the RBI Governor and the Economic Affairs Secretary.

Reserve Bank of India (RBI) Governor Shaktikanta Das said on Wednesday that India is at the doorstep of a revival process from the ongoing pandemic.

Speaking at an event, he said that it is very important that the financial entities have adequate capital to support the growth. He noted that many of them have already raised capital while others are planning to do the same.

He said that after the pandemic is contained, the government will have to spell out a fiscal roadmap for the country.

Secretary, Economic Affairs, Tarun Bajaj on Wednesday said the Centre is open for further measures to boost the economy.

Participating at a CII event, he said that the government has received suggestions from various ministries and sectors on the needed measures.

Bajaj also said that while preparing the next Union Budget, the government would be looking at expenditure for this year and the requirements of various ministries. (Agency)