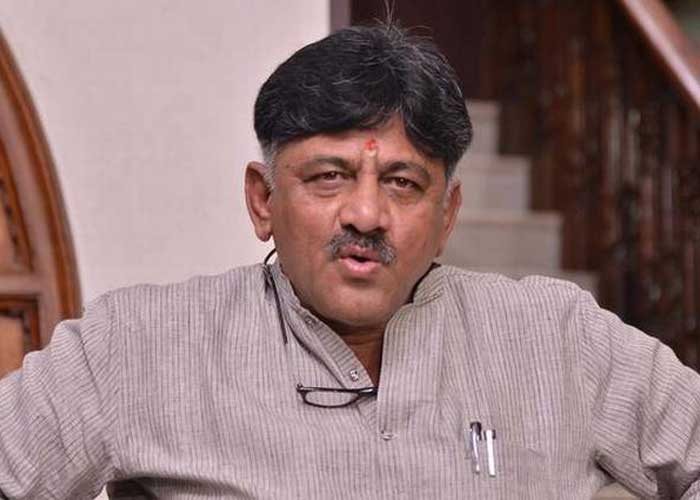 Nemesis appears to have caught up with Karnataka Congress troubleshooter D.K. Shivakumar for the ‘economic offences’ he is alleged to have committed over the years, leading to the former minister’s dramatic arrest by the Enforcement Directorate (ED) in a money laundering case in New Delhi late on Tuesday.

“Shivakumar’s arrest is not surprising as it was coming after the Karnataka High Court on August 30 declined interim protection to him. Though the ED summoned him for only interrogation in the money laundering case, he knew the inevitable,” a political analyst told on Wednesday.

Although the financial probe agency had summoned the 57-year-old lawmaker from the Kanakapura Assembly segment to quiz him in the money laundering case in December 2018, he had dodged and delayed by filing a writ petition against the summon in the state high court, denying illegal (hawala) transactions or disproportionate assets valued at hundreds of crores of rupees.

When the single judge bench of Justice Aravind Kumar declined to quash the summons on August 29, the ED ordered Shivakumar on the same night (Thursday) to appear before its probe team at its New Delhi office on August 30 afternoon for alleged ‘hawala’ transactions under the Prevention of Money Laundering Act (PMLA), 2002.

In his nomination to the Election Commission for contesting the 2018 state Assembly elections, Shivakumar had declared in an affidavit that he and his family had a whopping Rs 840 crore worth assets, including lands, houses, investments, bank balances and properties as against Rs 251 crore he had before the 2013 Assembly polls, a staggering 235 per cent jump in five years.

“Shivakumar has been under the scanner of the Income Tax (I-T) department over the last five years for various real estate and commercial deals he struck as a businessman and an investor. Raids on his residential and official premises in early August 2017 led to the recovery of incriminating documents, files, records and Rs 8.9 crore unaccounted cash from his Delhi flat, indicating illegal transactions running into hundreds of crores of rupees,” a tax official told on the condition of anonymity.

Accusing Shivakumar and his party of politicising his economic offences and provoking his supporters to indulge in violence after his arrest, state BJP spokesman A. Vamanacharya said the law had caught up with him for the sins of commissions he indulged in over the years as a feudal businessman, rather than a decent politician.

“If Shivakumar is honest and has not committed any economic offence, he is free to defend himself in the courts and get acquitted honourably rather than blaming our party and leaders for his shenanigans. He was given ample time and opportunities to come clean on his deals but failed when confronted with evidence of misdemeanours,” a charged Vamanacharya said.

Defending Shivakumar’s arrest for custodial interrogation, the tax official said the ED was forced to detain him, as he was evasive in replies and non-cooperative in explaining the various deals and assets disproportionate to his known sources of income.

The opposition Congress, however, held Prime Minister Narendra Modi and Union Home Minister Amit Shah responsible for Shivakumara’s arrest because he had helped veteran Congress leader Ahmed Patel win again in the August 2017 Rajya Sabha by-election by hosting party legislators from Gujarat in a holiday resort near Bengaluru to prevent the BJP from poaching them.

“Shivakumar’s arrest is a political vendetta by Modi and Shah for Patel’s victory in Gujarat. By misusing probe agencies like the ED, I-T and the CBI, they are indulging in revenge politics as the raids on his premises and that of his friends and business partners were conducted after he hosted our party’s Gujarat MLAs and thwarted their attempt to indulge in horse-trading around the same time,” state Congress legislator and spokesman V.S. Ugrappa told.

Denying that Shivakumar was involved in money laundering or illegal deals, Ugarappa said the BJP wanted to finish off the Congress in the southern state by targeting its leaders and humiliating them to settle scores and revel in punishing them for no fault of theirs.

“The BJP wants to finish off Shivakumar politically as its leaders fear him as a threat to its illegal return to power and continuation owing to his popularity in the state and the politically dominant Vokkaliga community. We stand by him and support him in this hour of crisis for his contributions to our party’s growth and survival,” claimed Ugrappa.  (Agency)