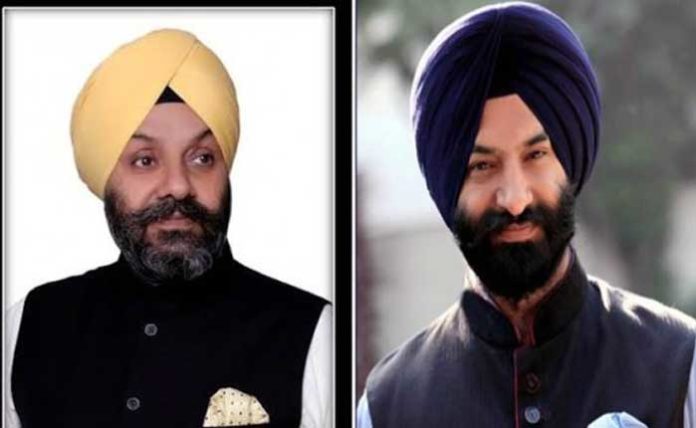 Former DSGMC President Sh Manjit Singh GK has been given one month time by DSGMC, religous body to deposit the ill gotten money accumulated by him by restoring through corrupt practices in Delhi Historic Gurdwaras during his tenure as President of the Delhi Sikh Gurdwara Management Committee.

DSGMC has also passed resolution to recover entire amount /property accumulated by Sh Manjit Singh GK through corrupt and fraudulent means by restoring to legal provisions through court of law .

The following huge misappropriation of Gurdwara funds have been found during the scrutiny of the accounts of the DSGMC committed by you and your companions amounting to crores of rupees.

Further, as exposed by S. Gurmeet Singh Shunty former General Secretary and present Member DSGMC and thereafter the registration of FIR No. 03/2019 PS, North Avenue against you on the instructions of the hon’ble court. The hon’ble court took serious note of “Chori of Guru ki Golak”.

1. In the year 2013, ACs worth Rs. 48.90 Lakhs were installed in Gurdwara Bangla Sahib. Later on, it was found that a devotee donated Rs.50 lakhs for the installation of ACs to Gurdwara Bangla Sahib which was misappropriately unaccounted kept by you whereas payment worth Rs.48.90 Lakh was made from DSGMC accounts by you to M/s Dyna Aircon Pvt. Ltd vide invoice No. P-DL/15-16/004 dated 20-5-2015.

2. You have been accused of passing fake bills worth Rs.7.20 lakhs for supply of packaged water and Rs.10.40 lakh for vegetables supply.

3. A close friend of your area who is the owner of M/s Allied Bake Industries was given advance of Rs.8 lakh vide Cheque No. 009995 dated 05.05.2014 for supply of a roti making machine which was never supplied nor the advance was refund.

4. On your instructions, S. Chaman Singh, Member DSGMC was given Rs. 2 Lakhs as advance vide voucher No.7945 dated 3-11-2015, But till date neither it is billed nor returned/adjusted.

Later, it was found that you deliberately removed the original will from the DSGMC records and conspired with the survivors of donor who were your close relatives and made the settlement of the properties on fifty-fifty ratio between yourself and survivors of the donor.

6. You and your family members misused official cars/vehicles for their private and personal purposes frequently resulting in loss to DSGMC on account of diesel/petrol worth Rs.25 lakh.

7. On 05.11.2016, your close friend named S. Vikram Singh who was your PA was unauthorizedly benefited by amount Rs.1,93,500/- on account of free booking of Bhai Lakhi Shah Vanjara Halls for the marriage of his daughter causing financial loss to DSGMC by your deliberate and intentional favour.

8. You got Rs. 44 Lakh as donation in the personal presence of Giani Ranjit Singh, Head Granthi for making uniform of the staff of DSGMC, The amount was misappropriated by you as it was neither deposited in DSGMC account nor uniforms were given to the staff.

11. You have misappropriated funds Rs.24.44 lakh on account of printing of 52000 books “Saadi Virasat” which was never got printed but amount claimed through fake bills of M/s Joginder Singh.

12. You have misappropriated funds Rs.14,80,500/- lakh on account of printing of 30000 books “Saadi Virasat” which was never got printed but amount claimed through fake bills of M/s Bawa International.

14. You have been charged with misusing of your powers by violating the DSGMC Act not to indulge in any business with any family members but you deliberately favoured your daughter’s non-functional firm M/s Renbi Clothing and claimed fake bills worth Rs.7,10,146/-

15. A Canadian dollar cheque for 1,00,000 was cleared on 30-6-2016 in Axis bank account of Education Cell but you withdrew the same amount Rs. 51,05,773/- in cash from DSGMC chest on the same day and submitted a forged bank deposit slip of Axis Bank to Accounts Department, DSGMC. You are charged with fraud and forgery.

18. You are accused of passing of fake printing bills of Rs.7,87,500 was made to IM Print Solution Pvt. Ltd on account of purchase of 20,000 booklets along with your associates concealing all facts and the booklets never received.

19. You are charged with granting undue huge financial benefits to the web channel (Fateh TV/Communication Pvt. Ltd). It was hired by DSGMC vide letter No.14637/4-7 dated 3-11-2015 for covering DSGMC programmes on Rs.11000 per month but later on the rate was heavily raised vide office order No. 1237/4-2 dated 15-1-2016 without the knowledge of then General Secretary resulting in giving benefits of Rs.60 Lakh to Fateh Channel (Website Channel)

20. You are accused of withdrawing Rs.13.65 Lakh in cash from DSGMC chest on the pretext of hiring buses on 14-12-2016. No bill has been submitted to DSGMC against the withdrawal.

The quantum, gravity and seriousness of the above grave charges against you call for immediate termination of membership with DSGMC. But a final opportunity is given to you to make up the financial loss caused by you to DSGMC within a week’s time failing which an appropriate legal and civil action/proceeding for recovery of damages/losses caused by you to DSGMC would be initiated against you entirely at your cost and consequences.