Home Sikhs DSGMC takes up issue of Abduction of 3 Hindu Girls in Pakistan... 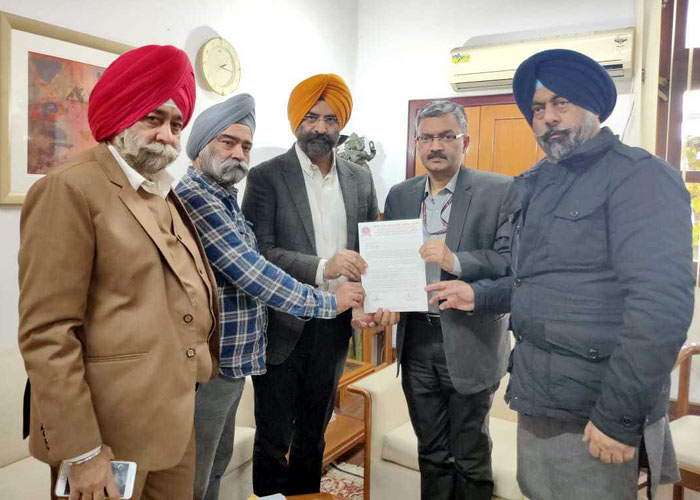 A delegation of the Delhi Sikh Gurudwara Management Committee (DSGMC) led by its President Mr. Manjinder Singh Sirsa today met Joint Secretary in Foreign Affairs Ministry and took up the issue of abduction, conversion and marrying of three hindu girls with Muslim men in Sindh Province of Pakistan and urged the Indian Government to take up the matter with the United Nations and International community at the earliest.

These have been abducted by Saleh Anad and Abidin Anwar whereas 14 year old Mehak Kumari from Jacobabad has been abducted from Sindh province by 28 year old Raza Ali who is already married and a father of four children. He has threatened her father of dire consequences if he will try to take her back and claimed that he has already raped the girl. He said that police has refused to register FIR in these cases.

He also informed that during last one week six girls from minority community has been abducted in province whereas more than 50 girls have been abducted during last one month. He said that modus operandi is same in all these cases. First girl is abducted, then converted to Islam and then forcefully married to Muslim men.

The DSGMC President said that the Joint Secretary has assured that delegation that it will take up the matter with Pakistani High Commission official today itself and officials at Indian High Commission in Pakistan will take up the matter with the Pakistan government. He said that he has also ensure that girls from minority Hindu and Sikh community will not be allowed to be tortured, abused and ill treated and all steps will be taken to ensure their safety.

Mr Sirsa also urged the Joint Secretary that the Indian Government should take up the matter with the United Nations at the earliest and the DSGMC will take up the matter with it and it will urged the UN to order enquiry into this whole episode and data on abducted girls till now and their current status should be collected to ascertain on how many girls from minority community have been abducted, converted and married to Muslim man forcefully.

The DSGMC President said that the Sikh body will take every step needed to ensure safety of these girls in Pakistan and nobody will be allowed to play with their lives.