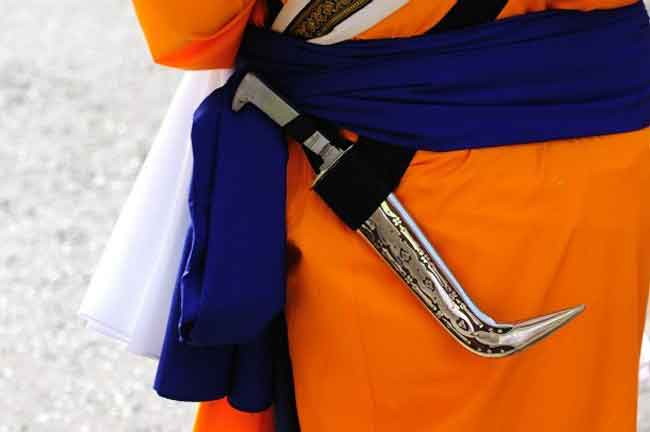 The Delhi Sikh Gurdwara Management Committee has appreciated the British Government (UK government) for exempting Kirpan from the list of exempted weapons.

In a joint statement DSGMC president Manjinder Singh Sirsa and general secretary Harmeet Singh Kalka said that British government has not included Kirpan, one of the five kakaars of the Sikhs in the new Act of dangerous weapons. This is appreciable step of the UK government.

The Sikh leaders said that as incident of crimes using knives are on rise, the UK government has formulated a new law banning such knives to control this kind of crimes. But Kirpan has been exempted from the list of banned knives.

The DSGMC leaders said that time to time information of imposing ban on Kirpans have been coming from different countries. Sikhs are also being asked not to go to office wearing Kirpan. This has been criticised by the Sikh committee now and then.

But keeping in view the Sikh sentiments, the British government has kept Kirpan out from the Act that has banned weapons like knives, the DSGMC leaders said.