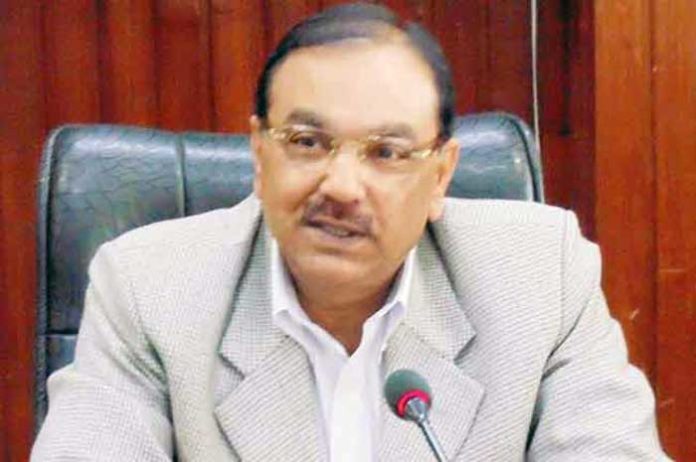 With the sealing of a de-addiction center on the account of selling drugs without psychiatric, Deputy commissioner Ferozepur Chander Gaind has begun with the ‘real brooming’ over drug menace.

The deputy commissioner has warned other centers to mend their ways and work according to rules and regulations of government besides revealing that a few other centers are on the radar and soon action will be taken against them.

Presiding over a meeting with the health officials on Friday, Mr. Gaind has asked them to launch a special drive to crack down the illegal sale of drugs while keeping a 24X7 tab over the drug sellers in the district.

Divulging more, the deputy commissioner said that the drive against drugs will go on in full swing as the district administration, police department and health department have been roped-in together to curb this abuse.

Mr. Gaind said that a few days ago the joint team of district administration, health and police officials had made a surprise inspection over Hansraj multispeciality hospital at Ferozepur-Moga road and sealed its de-addiction center.

Mr. Gaind further added that a few complaints had been received from the patients getting treatment at the de-addiction center that the scheduled drugs for de-addiction were being sold by someone who was not a qualified psychiatric. Acting swiftly, the team during its visit inspected the record of de-addiction center and to the surprise of the inspection team there was no signature and stamp of psychiatric over the prescription files.

The deputy commissioner asked officials to inspect the working of such centers and make sure everything was going on as per law and rules laid down by the government to run such entities.

On the other hand, Mr. Gaind asked health and police officials to intensify the inspections over the medical shops and take stern action if any discrepancy was found in the sale of scheduled drugs besides ensuring recommendation to cancel the license of such unethical chemists.