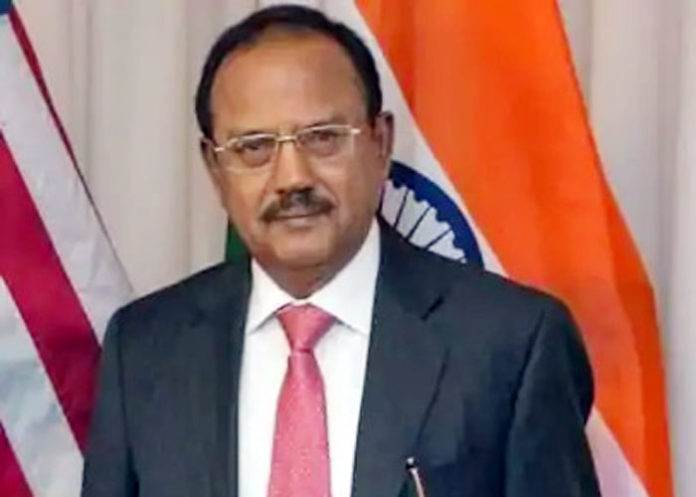 A week after he did the firefighting in the wake of Delhi communal riots, National Security Adviser Ajit Doval on Thursday made a strong pitch for the rule of law and its enforcement.

Addressing young Superintendents of Police (SPs) conference organized by Haryana Police, Bureau of Police Research and Development (BPRD), and Federation of Indian Chambers of Commerce and Industry (FICCI), Doval said that while Parliament is supreme and sovereign for making laws in a democracy, the strength of democracy lies in enforcing the rule of law.

“If you can’t implement the laws enacted in Parliament, what good are those laws? You are a law-enforcement agency,” Doval told police officials.

The NSA’s statement on law enforcement comes in the backdrop of new video evidence showing a huge contingent of police was ambushed and attacked with stones, bricks and sticks by anti-CAA protestors, including women, at a protest site, before the riots broke out in northeast Delhi.

Over 40 people, including a police official, were killed during the communal riots.

Doval told young officers that police leadership has to deal with evolving challenges. The rate of change has always been very high with security challenges increasing at an accelerated pace, he pointed out.

The National Security Adviser also talked about the leadership for internal security challenges in the years ahead. “The role of the leadership is to change ‘constants to variables’ and use technology as an enabling factor in this endeavour,” he said.

Recalling the historical example of Maratha king Shivaji Maharaj and his handpicked personal bodyguard Jiva Mahala, the NSA illustrated how leadership is essential to identify talent and provide training for realisation of the potential of people. In Shivaji’s defeat of Afzal Khan in the battle of Pratapgarh in 1659, Jiva Mahala played a critical role.

The country, he said, needs transformational leadership which thinks about future and the solutions for futuristic challenges. Doval said that it was important to empower the last man, which could be achieved by giving access to technology to the last man.

The NSA advocated adoption, induction and integration of cutting-edge technology in the functioning of police at all levels. But he also asked young officials to take into consideration the requirements of police rather than following the catalogue or one- size-fits-all approach.

“This will exponentially increase the efficiency of police and make an orbital change,” he said, adding that the police must define problems and find relevant technological solutions in partnership with research institutions, academics and industry.

Recommending the use of technological tools, Doval asked officials to create the right perceptions about impartiality and objectivity by disseminating the good work of police.

This, he said, would instil a sense of security among people, apart from dispelling the false perceptions made on the basis of certain aberrations.  (Agency)