Home Global ‘Don’t complain about our English if you can’t speak Thai’, Board in... 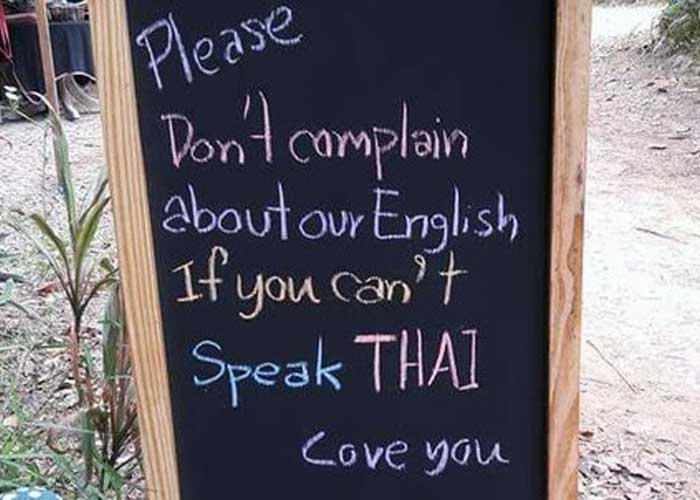 A picture of a Thailand board has recently been making the rounds on the internet.

The image says “Please, Don’t complain about our English, If you can’t speak Thai, Love you” to which netizens have hilarious and serious replies.

The post garnered 44.9K retweets and 187.6K likes. Taking to Twitter, a user asked: “Who is going into THAILAND and complaining about their ENGLISH????”.

While another commented, “I wouldn’t be surprised… I’ve heard that it’s not unusual how English-speakers (mostly Americans) who can’t speak another language go to other countries and start complaining. It’s absurd.”

Another tweeting the same emojis wrote “Imagine going to a non-English speaking country to complain about their English LMAO lads we reached the peak of humanity 2000IQ.”

“Thai people are so nice and so many people there tried to practice their English with us especially on flights/taxis it was so precious,” commented a user.  (Agency)